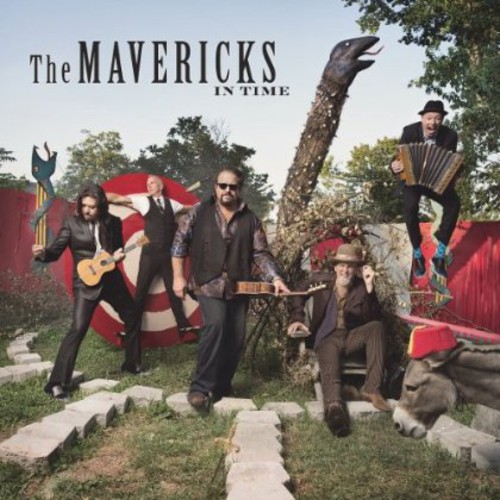 UK Edition. 2013 release, the first album in 10 years from the reunited Country/Rock outfit led by Raul Malo. Again drawing on myriad influences - from Buck Owens' tonk to Roy Orbison's heartbreak, Ravel's eroticism to Buena Vista Social Club's infectious rhythms, Patsy Cline's brazen emotion and that little Mavericks' magic. For their first sessions in almost a decade, it was spontaneous combustion; literally, the band falling into step with the euphoria they were known for. And they built quite an album from there. 'It took life for US to get to this point everybody was so free. From the first notes, it sounded like an explosion of sound; we went where the songs took US with a singularity of purpose. We came in to make music as grown-ups, to make music as men.' Raul Malo (lead singer).