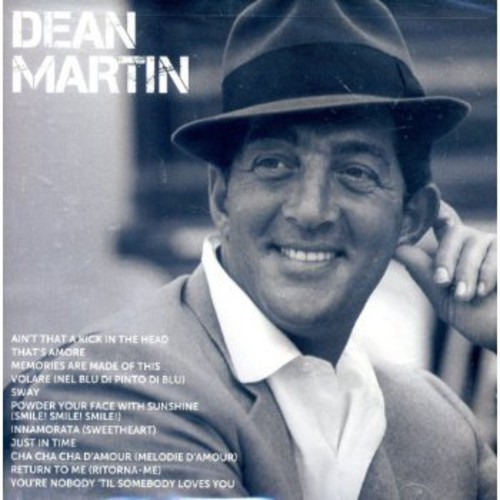 Playboy called him 'the coolest man who ever lived.' Elvis Presley worshipped him. 'He was the coolest dude I'd ever seen, period,' recalled Stevie Van Zandt, adding, 'He wasn't just great at everything he did. To me, he was perfect.' That man is Dean Martin. Simply put, he was a great singer. The warm sensuality of his voice continues to beguile generations of music fans with a winning style and a touch of mystery. Dean Martin's effortless vocalizing has become modern shorthand for cool, as evidenced by the use of his songs in films, television, and ad campaigns. Martin was honored with The Recording Academy's Lifetime Achievement GRAMMYr Award in 2009 and new releases drawn from his legendary recorded catalog and television archive continue to achieve multi-platinum success around the world. Dean Martin ICON features 11 of Dino's most popular songs, including 'Ain't That A Kick In The Head,' 'That's Amore,' 'Volare,' 'You're Nobody 'Til Somebody Loves You,' and 'Memories Are Made of This.'