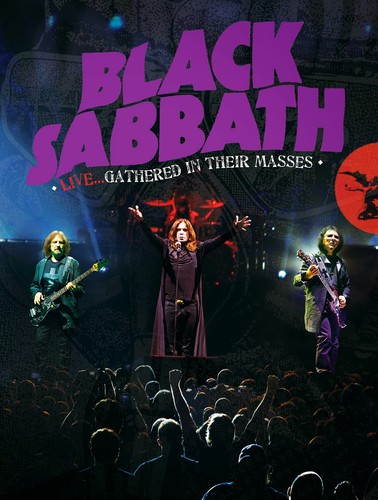 Black Sabbath: LIVEGATHERED IN THEIR MASSES was recorded April 29 and May 1, 2013 in Melbourne, Australia when the band-Ozzy Osbourne (vocals), Tony Iommi (guitar) and Geezer Butler (bass)- kicked off their world tour in support of their 13 album, which entered the charts at #1 in 13 countries (including their first #1 in the U.S.). Meanwhile, Black Sabbath are headed to South America and Mexico in October for a headlining stadium tour (where they're expected to play to more than 300, 000 fans) and then onto Europe in November and December. As for the US, they played a 20-city U.S. tour last Summer. The trek includes stops in Holmdel, NJ (NY-area), Los Angeles, Philadelphia, Boston, Tinley Park (Chicago), San Francisco, Seattle and Toronto, ON before wrapping up September 3.