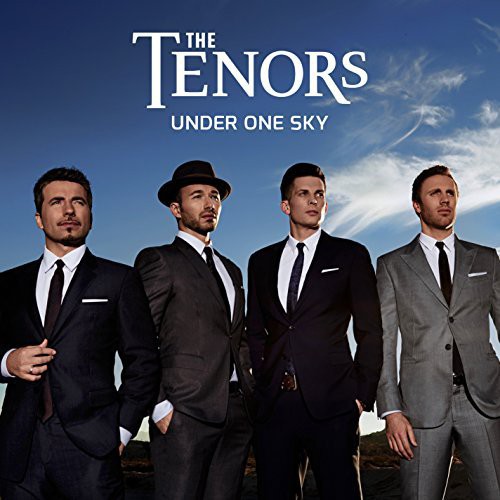 Under One Sky
Artist: The Tenors
Format: CD
New: Available In Store 13.99
Wish

2015 release, the fourth studio album by Canada's multi-platinum, Juno Award-winning vocal group. Under One Sky is a 13-track album that combines a mix of originals with new interpretations of familiar favorites. Highlighting their signature blend of classical and contemporary pop, the record includes the popular hits "Lean On Me" (Bill Withers) and "Who Wants To Live Forever" (Queen) as well as the soaring original title track "Under One Sky" and the inspirational "New Day's Begun". The foursome dedicates the classic Joe Cocker track "You Are So Beautiful" to their mothers and all mothers around the world, while "My Father's Son" pays universal homage to dads. Collaborating with The Tenors on Under One Sky are Grammy-Award winning producer David Foster (Michael BublĂ©, Celine Dion, Andrea Bocelli), renowned producer Bob Ezrin (Kiss, Pink Floyd, Johnny Reid, Alice Cooper) and Grammy Award-winning producer Keith Thomas (Gladys Knight, Blake Shelton). Over the past several years, The Tenors have been selling out concerts across Canada, the U.S. and UK while performing over 500 live shows on five continents.