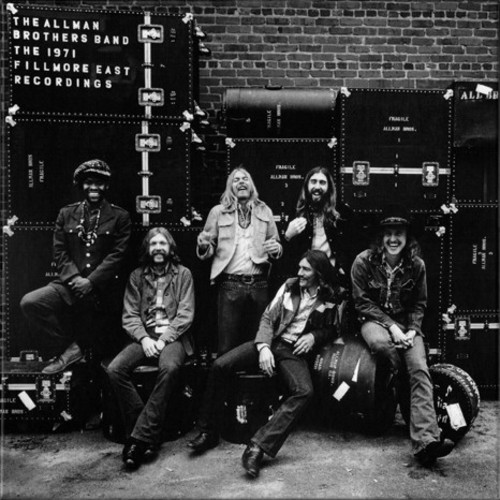 At Fillmore East [180 Gram]
Artist: The Allman Brothers Band
Format: Vinyl
New: OUT OF STOCK. Contact us for availability.
Wish

Limited double 180gm vinyl LP pressing. It has been remastered from original analog tapes by Keven Reeves to 192kHz 24-bit audio and then cut on copper plates using Abbey Road Mastering's Direct Metal Mastering (DMM) lathe. The original artwork has been faithfully reproduced. At Fillmore East is the first live album by The Allman Brothers Band, and their third release overall. Produced by Tom Dowd, the album was released in July 1971 in the United States by Capricorn Records. As the title indicates, the recording took place at the New York City music venue Fillmore East, which was run by concert promoter Bill Graham. It was recorded over the course of three nights in March 1971 and features the band performing extended jam versions of songs such as "Whipping Post" and "In Memory of Elizabeth Reed." At Fillmore East was the band's artistic and commercial breakthrough, and has been considered by some critics to be one of the greatest live albums in rock music. It has also been ranked among the best overall albums by artists and continues to be a top seller in the band's catalog, becoming their first album to go platinum.