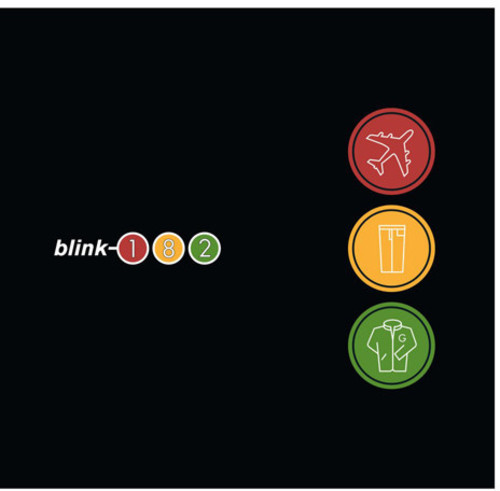 Take Off Your Pants and Jacket was originally released on June 12, 2001. The band had spent much of the previous year traveling and supporting the album Enema of the State (1999), which launched the band's mainstream career. The title is a tongueincheek pun on male masturbation (take off your pants and jack it). The cover art has icons for each member of the trio: an airplane (take off), a pair of pants and a jacket. The album continues the pop punk sound that the group honed and made famous, albeit with a heavier tone inspired by groups such as Fugazi and Refused. Regarding lyrics, the album has been referred to as a concept album chronicling adolescence, with songs dedicated to first dates, fighting authority and teenage parties. The album had near immediate success, becoming the first punk rock identified record to debut at number one on the Billboard 200 and being certified double platinum in May 2002. The album produced three hit singles 'The Rock Show', "First Date' and 'Stay Together for the Kids' that were top ten hits on modern rock charts.