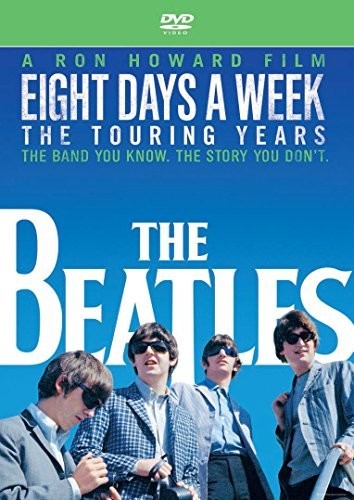 Ron Howard directs this electrifying documentary that focuses on The Beatles' time spent touring between 1962 and 1966. Through the use of fantastic concert footage-some rarely, if ever, seen-new and archival interviews, and vintage photos, the film chronicles an important era of the band's career, following them from their early performances at the Cavern Club to their famed 1965 show at Shea Stadium to their final concert at Candlestick Park. Features appearances by Paul McCartney, Ringo Starr, Elvis Costello, Whoopi Goldberg, Sigourney Weaver, and more. 106 min. Widescreen; Soundtrack: English.