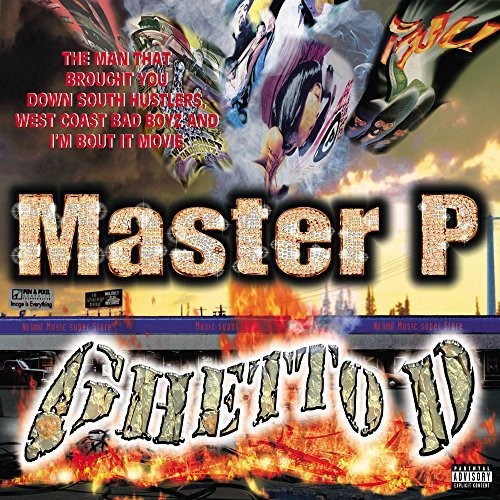 Double vinyl LP pressing. Ghetto D is the sixth studio album by Master P. The album became the biggest-selling of Master P's career, peaking at #1 on the Billboard 200 and Top R&B/Hip-Hop Albums charts. The album produced the singles "I Miss My Homies", "Make 'Em Say Uhh!", and "Burbons and Lacs", all became hit singles in the years 1997 and 1998. Originally slated to be titled as Ghetto Dope, the name was shortened to the current title before the release due to the drug reference in the aforementioned title. The original album cover, which depicted a crack addict sitting on a curb and smoking from a glass pipe, was recalled from store shelves. It was promptly replaced by the collage style cover.