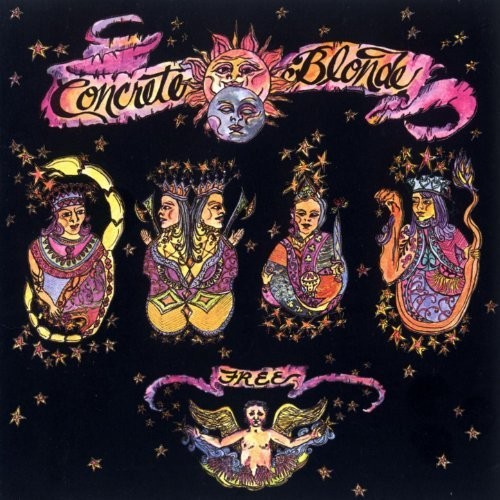 Vinyl LP pressing. Free is the second album by alternative rock band Concrete Blonde. They added a second guitarist, Alan Bloch, for this album. Free includes the college radio hit "God Is a Bullet". Concrete Blonde were an alternative rock band based in the United States. They were active from 1982 to 1995, from 2001 to 2004, and then reunited in 2010 and split up again in 2012. Singer-songwriter/bassist Johnette Napolitano formed the band Dream 6 with guitarist James Mankey in Los Angeles in 1982. When they signed with I.R.S. Records in 1986, labelmate Michael Stipe suggested the name Concrete Blonde, describing the contrast between their hard rock music and introspective lyrics.