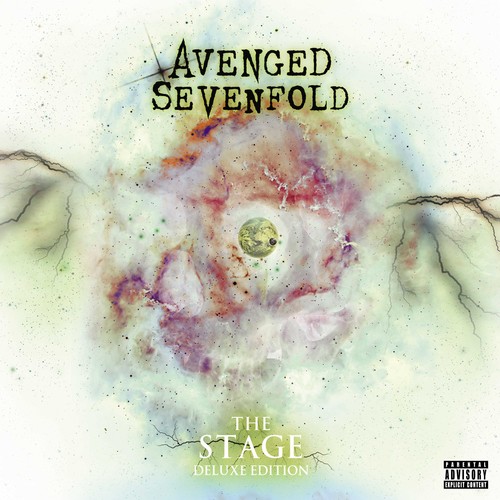 The Stage (Vinyl deluxe edition) Limited quadruple (four) vinyl LP pressing. 2016 release, the seventh studio album by heavy metal band Avenged Sevenfold. The Stage is a concept album about artificial intelligence and self-destruction of society. The album is the first to feature Brooks Wackerman on drums after the departure of Arin Ilejay in 2015, and the band's first album to be released through Capitol Records. Lyrical content of the album was inspired by the writings of Carl Sagan and Elon Musk. It is also the band's longest output, which showcases the band's exploration in progressive metal, with songs such as "Exist", in which Neil deGrasse Tyson makes an audio spoken word appearance at the end, which he wrote specifically for the album. It also shows elements of thrash metal, with some songs using fast drum patterns, blast beats and rapid riff structure, along with thrash-style shouting at some points. The album also includes an influence from their earlier metalcore style, with tracks 2-5 all including metalcore-style riffs and breakdowns, with "Paradigm" going as far as to include screamed vocals.