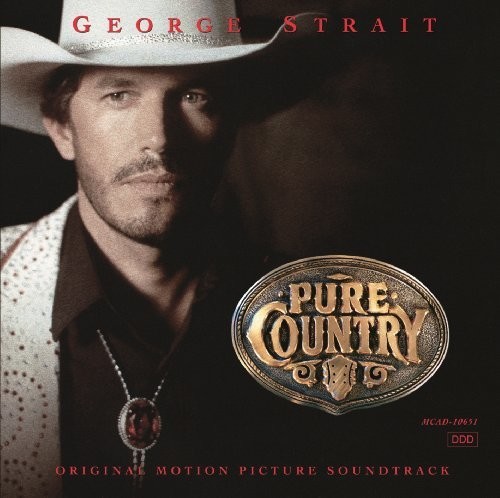 Vinyl LP pressing. Pure Country is the thirteenth studio album and the first soundtrack album by George Strait. It was released in 1992 by MCA Records. It is Strait's most commercially successful album, having sold over six million copies. This was the first album of Strait's career to feature Tony Brown, who has produced all of Strait's subsequent albums. Strait and Brown produced the entire album except for the main title sequence version of "Heartland", which was produced by Steve Dorff. "I Cross My Heart" and "Heartland" were #1 hits for Strait on the Billboard country charts, and "When Did You Stop Loving Me" (which was later recorded by George Jones on his 1998 album It Don't Get Any Better Than This) was a #6 hit. "Overnight Male", originally recorded by B.B. Watson on his 1991 debut album Light at the End of the Tunnel, also charted at #72 from unsolicited airplay.