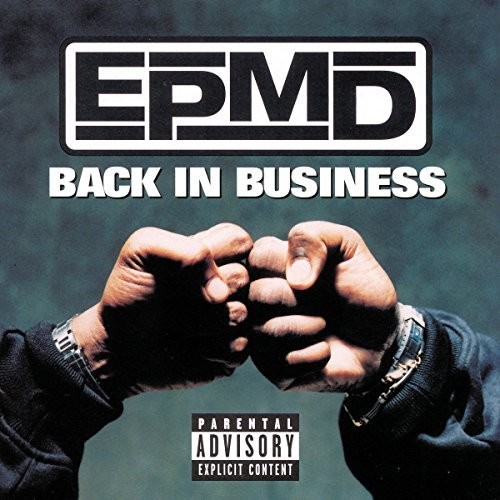 Double vinyl LP pressing. Back in Business is the fifth album from the hip-hop duo EPMD, which had initially broke up because of personal problems in 1992. After releasing four successful albums between 1988 and 1992 (all of them being considered classics), the duo returned with another successful effort. The single "Da Joint" became their second Billboard Hot 100 hit in 1997. PMD is a hip hop group from Brentwood, New York. The group's name is a concatenation of the members' names "E" and "PMD" or an acronym for "Erick and Parrish Making Dollars", referencing it's members, emcees Erick Sermon ("E" AKA E Double) and Parrish Smith("PMD" AKA Parrish Mic Doc).