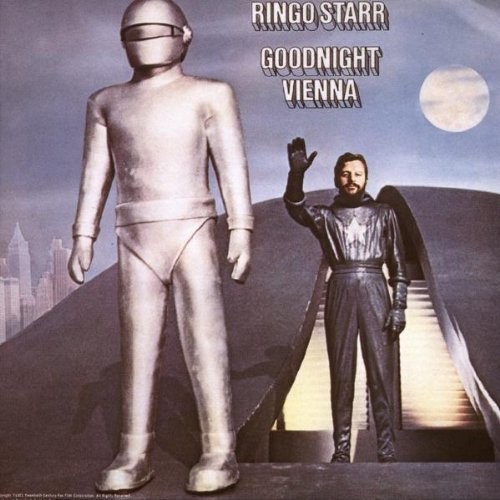 Vinyl LP pressing. Goodnight Vienna is the fourth solo album by former Beatles drummer Ringo Starr. It was recorded in the summer of 1974 in Los Angeles, and released later that year. Goodnight Vienna followed the commercially successful predecessor Ringo, and Starr used many of the same players, including Billy Preston, Klaus Voormann, Robbie Robertson, Harry Nilsson, and producer Richard Perry. The title is a Liverpool slang phrase meaning "it's all over". While all three other former Beatles had contributed to Ringo (1973), only John Lennon contributed to Goodnight Vienna as Paul McCartney was busy with his band Wings promoting the album Band on the Run and George Harrison was recording Dark Horse.