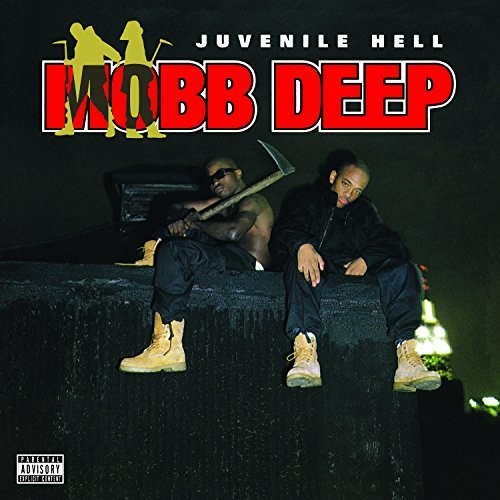 Vinyl LP pressing. Juvenile Hell is the debut album by the hip hop duo Mobb Deep. It was recorded when they were still in their late teens and released on April 13, 1993 by 4th B'way. Features the singles "Peer Pressure" and "Hit It from the Back." Mobb Deep consisted of Havoc and Prodigy, and were a hardcore East Coast hip hop group. They were known for their dark, hardcore delivery. Mobb Deep became one of the most successful rap duos in hip hop, having sold over three million records.