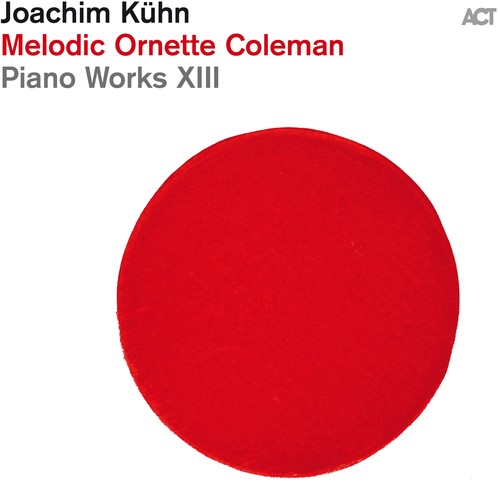 Pianist Joachim Kuhn is already a jazz legend within his own lifetime. But he is not one to rest on the laurels of his reputation or international success; he is still extraordinarily productive and active. Whether in his New Trio with Eric Schaefer and Chris Jennings, or in various other settings and guest appearances or as a member of Emile Parisien's Quintet, Kuhn is still very much at the forefront of today's jazz life. And considering the workload he takes on, it is hard to believe that he will soon be reaching the age of 75. As is to be expected, Kuhn won't be celebrating by putting his feet up on the sofa; he has a new project. And those who know him well will also not be surprised to hear that the center of attention is not going to be Kuhn himself. The spotlight will be on a much-missed colleague, friend, and his most important source of inspiration over the past few decades, Ornette Coleman. It is in the spirit of Coleman that Kuhn has chosen to record this album not in the studio, but in a haven where he could be unhurried and out of the fray, the music room at his home on Ibiza, and on his own Steinway grand piano. "In music, perfection is a killer," he likes to say, "I wanted the music to be pure, wanted to go deep into it." The result is jazz in progress. It is an opportunity not just to celebrate the legacy of one of the most visionary instant composers, but also to honor one of the very greatest pianists.