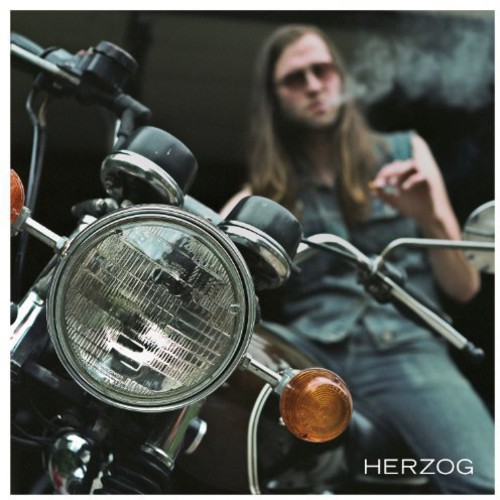 Herzog has quietly been building a devoted follwing with their relentless take on guitar-driven, power-pop. Comparisons to '90s luminaries such as Built to Spill, Sebadoh, and Dinosaur Jr., abound--apt and warranted--but similarities with present-day bands like Diarrhea Planet, Thee Oh Sees and FIDLAR are equally appropriate. ''Boys'' is the new album by Cleveland's Herzog on Exit Stencil Recordsings and is by far their most ambitious, cohesive, and sonically diverse album to date. To record the album, the band sequestered themselves in the Upstate New York confines of Marcata Recording and worked with acclaimed producer, Kevin S. McMahon (The Walkmen, Titus Andronicus)--and the results are spectacular. Thematically, ''Boys'' examines the inherent contradictions and ironies of being a working/struggling musician, what exactly keeps one motivated while apparently on a treadmill. Nick Tolar's voice--part Neil Young, part Jeff Mangum--holds sway over the album, informing the well-crafted lyrics with a mood that conveys the right tenor and of emotion. From the doubled-vocaled, driving attack of ''Full Stick,'' the Thin Lizzy-style synchopated guitar solos of ''Boys Themes,'' and the Spector Wall of Sound on ''Satan Is Real,'' Herzog illustrates that they are informed by the breadth of guitar-laden music but not confined to one form of expression. Nods to the past are present, but Herzog is by all means in the here and now.