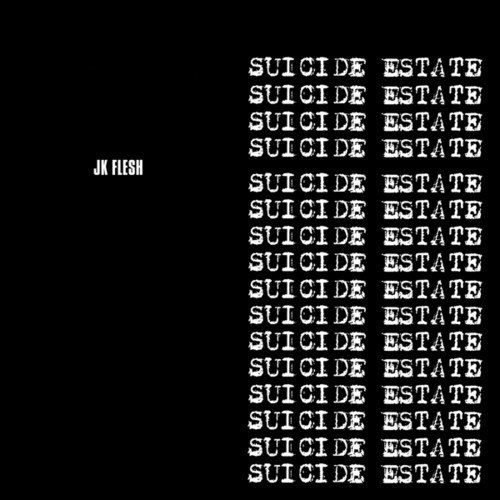 Solo rhythmic electronics from Justin Broadrick of Godflesh, aka JK Flesh. Suicide Estate captures the urban legends and hard truths of Birmingham's notorious Bayley Tower. Suicide State makes the case for minimal austerity and maximal crush in productions that are both raw and precise. Propulsive rhythms and saturated sequences build, demolish, and investigate the pavement and skyline in proper industrial heritage. The atmosphere rolls in from nowhere and another ghost is born at Bayley Tower. Originally a cassette on Hospital Productions in 2016, this CD reissue sees a new reworking of "Bayley Tower" that is both functional and brutalist in nature. Eight tracks of cold bass electronics and drum machine from Justin Broadrick. Extreme music forefather Justin Broadrick is unilaterally regarded as one of the pioneers of Britain's late '80s burgeoning collision of punk, grindcore, and electronic movements, his unmatched creation of ethereal metallic atmospheres, stark existential lyrics and crushing dance rhythms credited only as "machine" are what makes his works stand alone, timelessly. Broadrick inimitably weaves industrial aesthetics into corners of music otherwise left untouched. The fearless and constantly innovative world that Broadrick cultivates reaches across musical barrier after barrier, and continues to influence decades of artists has earned him a throne in a genre of his own.