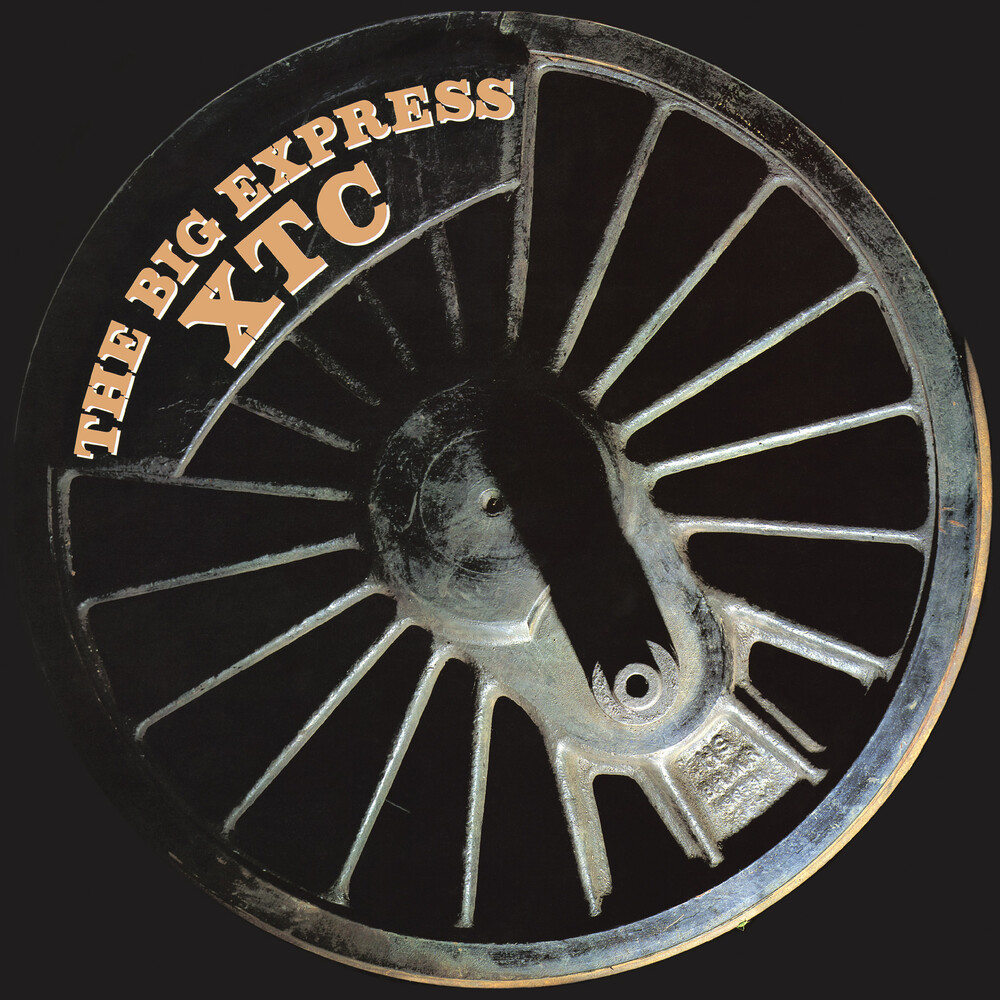 The 1984 classic album, newly cut from masters by Jason Mitchell at LOUD mastering and approved by Andy Partridge. Available on vinyl for the first time since the late 80s. Newly presented in a full gatefold sleeve 140GM Vinyl. XTC's seventh album, "The Big Express" was virtually ignored on release, much as it's immediate predecessor "Mummer" (which was reissued on vinyl earlier this year to universal acclaim) had been. If Mummer was XTC's quiet album, this was it's polar opposite: bright, brash, noisy - even cluttered on occasion if the song demanded it - as it became a concept album of sorts, a partly autobiographical reflection on growing up in an industrial town, Swindon, with it's history of engineering and railway accomplishments. Perhaps in keeping with that tradition of technical innovation, the album also made extensive use of (at the time) new technology with Linn-Drum programming (alongside drummer Peter Phipps), E-mu Emulator and other synths claiming space among the more traditional guitars, bass and drums mix under-pinning the vocals. This technology was juxtaposed with technology of a slightly earlier pop/rock era as phasing, backwards tapes and the inclusion of a mellotron hinted at a psychedelic influence that would move more centre stage with the band's next project - 'The Dukes of Stratosphear'. With XTC no longer touring, the sound radically different to any previous XTC album, in a musical climate where the upper end of the charts reflected national radio, producing the most mainstream result for years: Lionel Richie, Sade, Spandau Ballet, Howard Jones, Tina Turner, Queen - Frank Sinatra's final solo studio album... The space for a metallic, post-punk concept album about growing up amidst the ghosts of Swindon's industrial heritage proved non-existent. Of course the songs were as good as on any other XTC album - a very high standard indeed - but they went largely unheard. Given that position, it would be easy to conclude that the timing was wrong for the album. But the best musicians follow the music and allow the times to catch up with that; precisely what happened when XTC released it's next album "Skylarking" in 1986. Just as "Mummer's" reputation (and sales) has increased over the years, "The Big Express" is now regarded as a 'neglected classic' of it's era.
This website uses cookies to personalize content and analyse traffic in order to offer you a better experience.
I accept Learn More
back to top