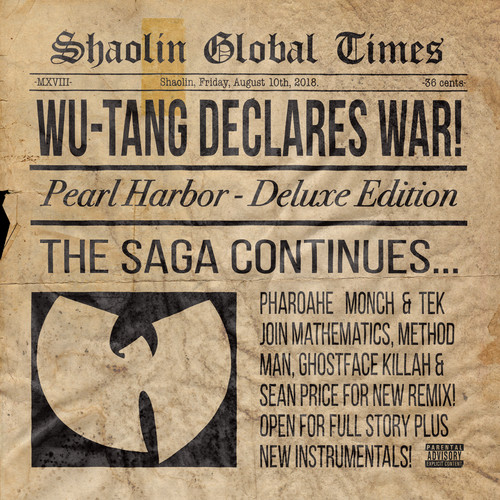 This special 12" release features a brand new remix and artwork for The Saga Continues cut "Pearl Harbor, " issued to commemorate the passing of Sean Price on August 8, 2015. Price was featured on Wu-Tang's 2017 album and was an original member of the underground rap crew, Boot Camp Clik. He was known as a prominent and lyrical God, rising to fame back in the '90s around the same time as some of the Wu-Tang original members. There was a mutual respect between the crews hailing from Brooklyn and Staten Island.