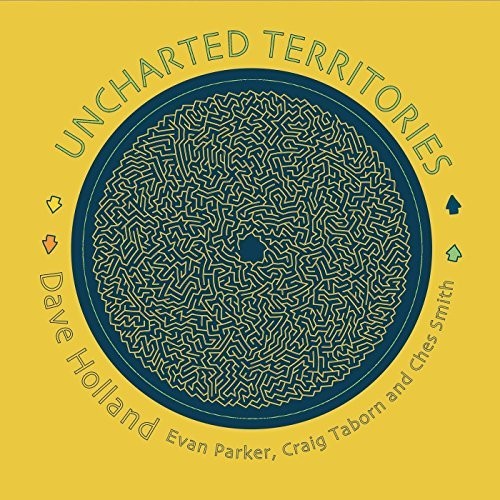 Uncharted Territories, which will be released in 2CD and 3LP formats, reunites Dave Holland with saxophonist Evan Parker, a longtime friend from their early days in London. They're joined by Craig Taborn, on piano and electronics, and Ches Smith on percussion. In addition to quartet improvisations, they also broke off into every possible subset of duo and trio configurations. The group also recorded two compositions by Smith and one by Holland. A resulting 23 tracks present a series of deep, multi-layered conversations between the musicians, some of whom were interacting for the first time.