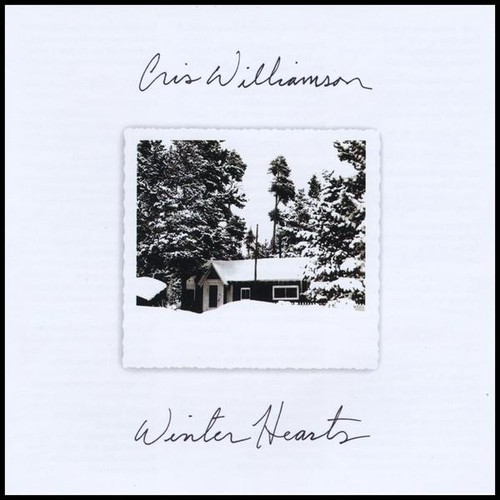 A joy - and my honor to make - some notes for you on this new Holiday CD. Happy and Healthy Holidays to you and your Special Ones! --- Cris WINTER HEARTS - this song is focused upon the Winter Solstice and all that it means in the human lives who so depend upon the light of the Sun. Since earliest history, the Sun has been celebrated with rituals by many cultures when it began it's journey into dominance after it's apparent weakness during winter. There are rich Pagan and Mithraic origins for the events occurring in late December. Saturnalia may have been responsible for the pageantry of our midwinter festival, but it's Mithraism that seems to have inspired certain symbolic religious elements of Christmas. The Romans held a festival on December 25 called Dies Natalis Solis Invicti, the date of the Winter Solstice, "the birthday of the undefeated Sun". On this day, Romans celebrated the birthday of Mithras, the God of Light. The comparison of Mithraists and Christians is not coincidental as Mithras and Jesus share the same birth date, and the same mission of salvation on earth. Mithraism arose in the Mediterranean world at the same time as Christianity, either imported from Iran, or as a new religion which borrowed the name Mithras from the Persians. BRING THE TORCH, JEANNETTE, ISABELLA (traditional) ALSO, ABRAHAM -This song is dedicated to my friend Karlene and her grandson, Abe, who had had an epiphany while stationed in northern Iraq. This is for all of us...all the children of Abraham. MOONLIGHT RANCH - a true story of one special Christmas in my life THE HOLLY AND THE IVY - (traditional) This carol in it's minor version, is my Mom's favorite. In the dark olde days, villagers burned effigies in order to bring about a better harvest. It didn't take much to translate this old religious text into a more Christian framework, linking the holly and the ivy to the blood and the crown. Still, in the Chorus, we have the reference to the Sun, the running of the deer, and singing - all ancient Druid and Roman Saturnalian traditions. SNOWBOUND - This song was purely imagined... Frontier folks bunching up in a ranch house, neighbors all, everybody welcome, and the blizzard blowing deep, while rough cowhands made sure the kids had toys for Christmas. Special thanks to Barbara Bailey for the loan of her piano and family Christmas book. SLEEP, BABY, SLEEP - A lullaby with angelic carol overtones GOOD KING WENCESLAS -(traditional) Although there is no reference in the lyrics to the nativity, this song is sung as a Christmas carol because St. Stephen's feast day was celebrated on the 26th of December. Good King Wenceslas was the king of Bohemia in the 10th century, and he is the Patron Saint of the Czech Republic. This was my Dad's favorite carol, and I love the admonition to the wealthier people to be sure and be generous in all they do. I sang it in the traditional style, but Julie Wolf had another pianistic idea all together! GIFT OF THE MAGI - O'Henry's wonderful short story became a song. SOUNDING JOY - The title emerged from Joy To The World, Adeste Fidelis, part of a Mystery Play performed about the altar and the crĂ¨che. The carol was originally a dance tune, danced by a chain of male and female dancers, moving with clasped hands while the stanza was sung, then marking time while they sang the burden. The yule log and mistletoe are all part of the Druidic tradition, and the Chorus is composed of several of my favorite carols. JUBILEE DAY - This is a true story about Wheeling Gaunt, born into slavery in 1812, who, after buying his freedom, moved north to Yellow Springs, Ohio, where he bought land and grew his fortune. When he died he left 9 acres to the town on the condition that forever, at Christmas, the widows of Yellow Springs would receive 25 pounds of flour for free. This generous practice is still going on today. HAVE YOURSELF A MERRY LITTLE CHRISTMAS - This song, written by Martin/Blane in 1944 was sung by Judy Garland in the movie, Meet Me In St. Louis. To me, it combines the sadness of this time of year with the gladness of the one yet to come.
This website uses cookies to personalize content and analyse traffic in order to offer you a better experience.
I accept Learn More
back to top