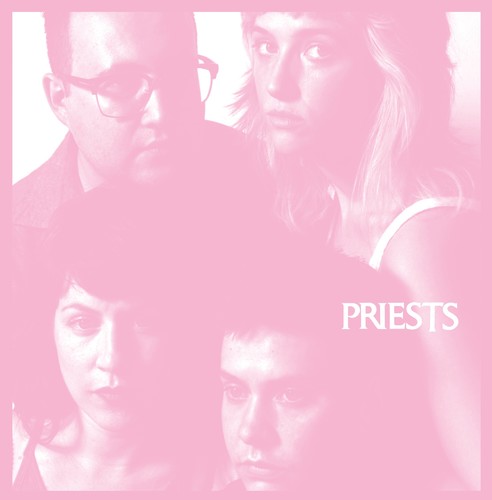 Nothing Feels Natural
Artist: Priests
Format: Vinyl
New: OUT OF STOCK. Contact us for availability.
Wish

Vinyl LP pressing. 2017 release, the debut album from the Washington, D.C.-based band. Recorded in the fall of 2016, the record is the culmination of two years' writing, touring, tweaking, and refining. Throughout that time the band has carved out an existence on it's own terms, performing mostly all-ages shows booked via a network of like-minded artists both within and outside punk communities. The album represents a major step forward for Priests. It's the bands most stylistically diverse set of songs to date, expanding on their lo-fi post-punk bona-fides with ideas drawn from pop, R&B, and industrial noise. Thematically, Nothing can be understood as a series of vignettes-nine stories that crystallize into a bigger picture about the economics of human relationships, the invisibility of feminized labor, and the dual purpose of art for both the group and the individual. Priests are Daniele Daniele (drums), Katie Alice Greer (vocals), G.L. Jaguar (guitar), and Taylor Mulitz (bass). Formed in 2011, the band has proven a valuable force for strangeness in a city that is increasingly terraformed by norms. More significantly, they've helped to raise the general standard of show-going at home through cassettes and singles released on Sister Polygon, including music by bands like Sneaks, Snail Mail, Pinkwash, Cigarette, Downtown Boys, and numerous Priests-affiliated groups like Gauche and Flasher. Still, even amidst thriving hometown creativity, Priests possess a singular gravity. They are physical and combustible, urgent and visceral.