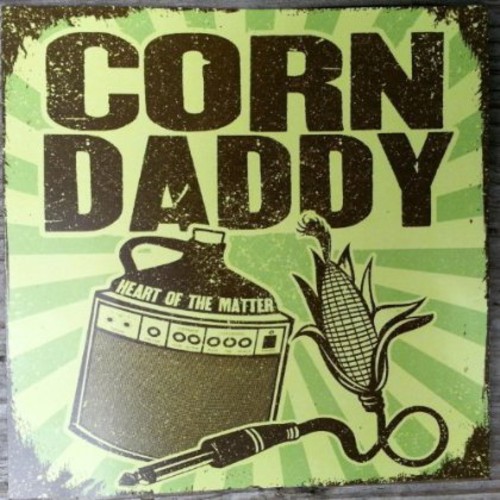 Country-rock isn't dead, although it has been hibernating in the Midwest for a few years. After a decade spent playing shows, writing songs and living the day-to-day life they celebrate in their music, Ann Arbor roots-rock band Corndaddy has released "Heart of the Matter," a new project featuring 12 original songs. The band released two well-regarded CDs in 1999 and 2002. Since then, they've undergone some lineup changes, hiatuses and distractions, but their core lineup and craftsman-like approach to writing and recording music remains. Singer-songwriters Jud Branam and Kevin Brown share creative and vocal leadership of the band, with Brown driving the music with his outstanding lead guitar work. Bassist Jerry Hancock and drummer Hugh Huntley create a solid rhythm section. "It's been a while since our last record came out, and we felt had a lot to say with the songs we've been writing," said Brown. "It's great to get a new record out there." Added Branam: "We tried going on hiatus, but it just didn't work out." The 12-song CD features the acoustic and electric guitars, harmony vocals and harmonicas familiar to Corndaddy listeners, but broadens the sonic palette with horn arrangements and Hammond organ on several songs. Guest musicians include saxophonist Daniel Bennett, trumpeter Justin Walter, keyboardist Patrick Little, banjoist Jim Roll and drummer Judson Branam IV. Songs touch on themes ranging from keeping love alive to railing at over-corporate, over-processed America, from reflections on time passing to telling the story of the band's alter ego, bluegrass outfit the Landfill Mountain Boys.