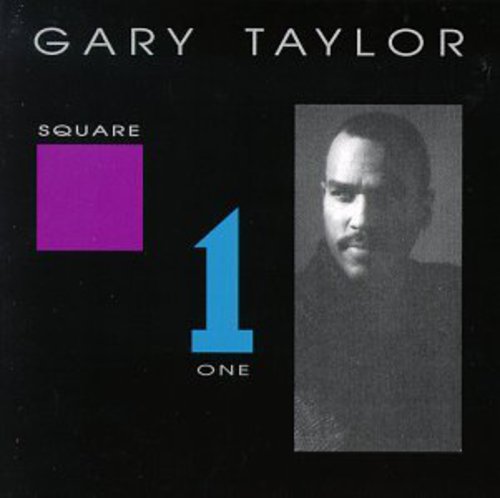 Gary Taylor - Biography by Steven Ivory Gary Taylor routinely does something I'd say most recording artists don't even have the luxury of dreaming about: He creates music entirely on his terms. When he sits down at the keyboard, he's not thinking of writing a radio smash, because few radio stations play 'real' music anymore. He's not thinking of a chart record, because most music charts are driven by something strange and sinister beyond mere listener appeal. No, when Gary writes, the only voice he feels obligated to listen to, is his heart. This is how he makes music. If you're holding anyone of his albums, then you probably dig a certain kind of music. You probably embrace Stevie Wonder of the 'Music Of My Mind' era. Donny Hathaway. You understand the cream Burt Bacharach and Hal David stirred when they whipped up all that divine, sassy space music with Dionne Warwick. You love the delicious crescendo on Earth, Wind & Fire's 'Love's Holiday', you turn up the volume for the last intense seconds of Stevie's 'That Girl', savoring every run of his ad-lib at the end... You love what Thom Bell did with The Stylistics, The Spinners and you're hip to his legendary Johnny Mathis production. You dig Jazz. Miles. Gospel. Steely Dan. Early Gino Vannelli. Great vocalists. Aretha Franklin, Peabo Bryson, Sade... Definitely the Bossa Nova of Antonio Carlos Jobim. Basically, you dig anything that is melodic and uniquely so. When photographer Bobby Holland introduced me to Gary Taylor in Los Angeles in the '70s, it was our love of the aforementioned music that immediately bonded us. At the time, I was only starting to write about R&B and Gary had just made his first music, really, by composing the songs for a local musical written by buddy Kenny Davis. I don't think he'd even taught himself piano by then; wrote it all on acoustic guitar. Gary and I used to write together. What that really means is I'd sit late into the night and listen while he searched tirelessly, trying to squeeze just one more spooky, sexy chord out of his Fender Rhodes. Needless to say, the collaboration was brief. But it afforded me a front row seat to witness Gary's will and growth as a songwriter. Back then, I used to call Gary 'Vamp King' for his propensity for three minute songs with trance-like vamps that would go on about two days. We'd study his latest creation where we always listened to the music in his car and promptly slip into a sublime, chord-induced coma. The day they let Taylor have synthesized strings will live in infamy. He'd lay smooth, warm 'sleep' (as we called it) over one of his chord arrangements. The result would be surreal, stark, tantalizing, soothing. With these tracks serving as his vibrant, moody canvas, Gary would then lyrically paint some of the most revealing and sensitive portraits of people, love and relationships, testimonials you would ever expect to hear from a quiet, introspective (but insanely funny when you get to know him) cat like Gary. All this was a long time ago, when Gary was just beginning to carve out a career as a recording artist and producer. Before Anita Baker, the Whispers, Grover Washington, Jr., even A Tribe Called Quest, all came calling for the songs. Before the fiercely independent, never-say-die Taylor became a record company. But Gary's music still intoxicates. The words still tug at the heart and the chords still melt in my mouth. Thank God some things never change, or to take the really corny route and quote Taylor by the way of The Whispers, it simply "Just Gets Better With Time.' Steven Ivory, Music Journalist / Author.
This website uses cookies to personalize content and analyse traffic in order to offer you a better experience.
I accept Learn More
back to top