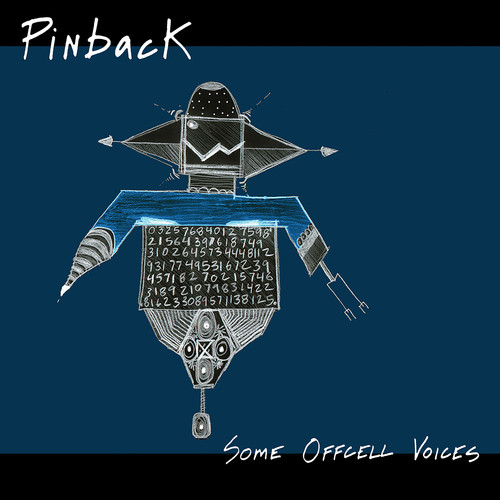 In the early days of Pinback, they were known mostly as two lauded musicians who spent their spare time away from their primary projects (Three Mile Pilot, Thingy, Heavy Vegetable) to hone their home recording skills while experimenting with ideas, tones, and instrumentation that didn't quite fit into those primary projects. Pinback hadn't yet become their day job; it hadn't yet become a well-oiled 5-piece touring machine; and it had no idea where it was going to go. In retrospect, that earnest curiosity is what makes those early Pinback recordings so resonant and so unique, and what separated them from every indie rock band of this century. Every bit as powerful and expressive as their first two albums, the 1999 EP, Some Voices, and the 2003 EP, Offcell, famously bucked the perception of EPs as outtakes and toss-offs. What were ostensibly minor stopgaps between albums became massive fan favorites and staples of Pinback's live show. Having never been released on viny, it's only fitting that we revisit these poignant recordings - and take the opportunity to painstakingly remaster and repackage them into the full-length album that never was, the aptly named Some Offcell Voices.