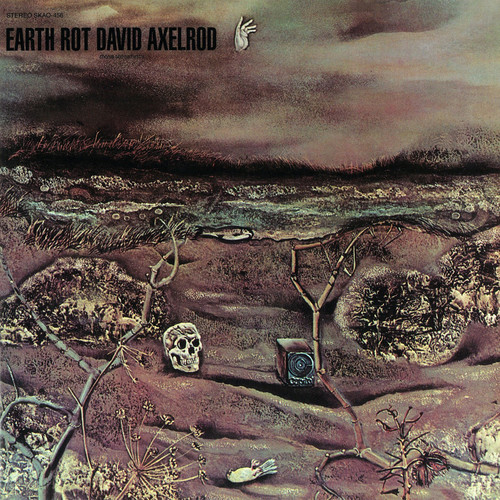 Includes never before issued instrumentals! Comes with a 32-page booklet! New audiophile transfer directly from Axelrod's original EQ'ed master tapes. Earth Rot is visionary composer/arranger/producer David Axelrod's third album, and the last of his Capitol trilogy. Recorded as a concept album about the decrepit state of the environment in 1970 Los Angeles, and scheduled for release on the first Earth Day, it features choral vocals and marks a departure for Axelrod's signature sound, which would take on a jazzier feel in the 1970s. This definitive version of Earth Rot, overseen by Now-Again's Eothen Alapatt in conjunction with Axelrod's Estate, fulfills a request Axelrod made while alive - to see the instrumentals of this album, never before released, issued. They see release here as the second half of a deluxe CD reissue. This is an audiophile reissue, with the vocal version transferred directly from Axelrod's original master tapes at Capitol Records by Ron McMaster. The master was approved by Axelrod's son Michael, who adapted ancient lyrics for the album in one of three collaborative projects he did with his father. Contains a 32 page booklet that delves into Axelrod's incredible life and music, replete with never before published photos and an interview.