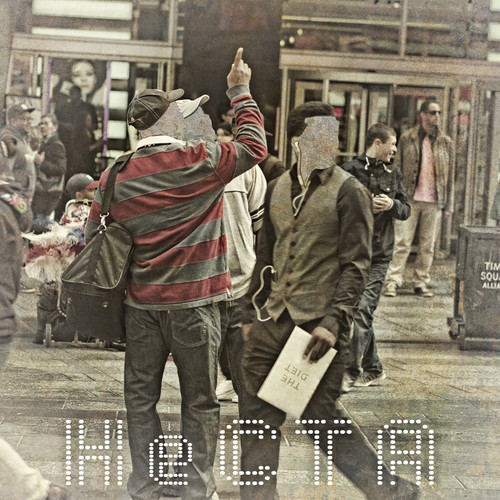 Diets? Who needs ’em? Well, if you’re like Buddy Hackett, or us… you do. A few years ago, I came across a 45-second monologue about trying to lose weight, performed by the comedian Buddy Hackett. It was on a 78 RPM record on the Coral Records imprint. It occurred to me that it could make an interesting dance recording given the right situation and circumstance. Equally inspirational was the book Love Saves the Day: A History of American Dance Music Culture 1970–1979 by Tim Lawrence. In reading it, I saw parallels between the dance culture of that era and the indie-rock/punk/experimental music culture. It unlocked in my mind a genre of music long dormant in memory yet an influence so prevailing in a variety of current musical genres.

Woe be it unto the man whose tastes are frozen forever, for given time, space, and understanding, such things become reborn and reimagined as we search for a creative kernel of truth. I went about the realization of this idea with fellow Lambchops and electronic-minded musicians Ryan Norris (Coupler) and Scott Martin (Hobbledeions). Together we became HeCTA. Using the idea of combining the notion of “song” and elements from stand-up comedy, and electronic music and a shared love of the electronic form and its many permutations, we respectfully, playfully explored and experimented. It was to be an equal sharing of ideas, influences, and missteps. We were looking for a new way of making songs incorporating these things, to make something concise on beat. The form is not such a surprise when you consider other electronic collaborations I’ve been involved with: Zero 7’s remix of Lambchop’s “Up With People” and co-writing X-Press2’s “Give It.” The results became The Diet, and those songs are with us now. As HeCTA, we take our approach seriously and are respectfully aware of the great electronic music created throughout its history continuing into the present—so much so that when it came time to mix these recordings, we reached out to some of the central figures of the genre. Such greats as Morgan Geist, John McEntire, and Q all had a hand in shaping the refined sound we present to you. With invaluable creativity and engineering by Jeremy Ferguson at Battle Tapes in Nashville, we together created what we consider to be a collection of songs that move and move through you, from the dashboard to the dance floor, from Decatur to Dornburg, from Dorchester to Detroit. Suck it up, hippies. This music is our attempt to extend the boundaries of our expression and have some fun. It’s not Americana, house, techno, trap, juke, or blaze. Why would it be? And like any good diet, it will be reviled then ultimately loved by all who give it a chance to work its way into their lives. We love you for trying, and we’re trying to love you back. —kurtx