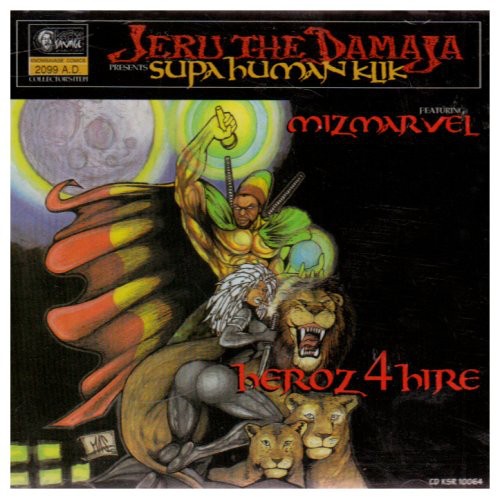 Jeru the Damaja - Biography Jeru the Damaja aka D. Original Dirty Rotten Scoundrel hooked up with DJ Premiere and Guru, collectively known as Gangstarr, shortly after they moved to New York in the late 1980's. Jeru first introduced his unique hardcore Brooklyn style to Hip Hop audiences on 'I'm the Man' a track on Gangstarr's 1992 Daily Operations album. The East New York native then cemented his place in the Hip Hop world by releasing the 1993 classic single 'Come Clean' from his legendary album, The Sun Rises in the East. After a two year hiatus, Jeru then released his album The Wrath of the Math that included the hit singles 'Ya Playin Yaself' and 'Me or the Papes' and was proclaimed the savior of Hip Hop due to his honest and straightforward lyrics. In 2000 Jeru released his album Heroz 4 Hire with complete autonomy, from the production of the album to the albums release on his own indie label KnowSavage Records. He established himself with this release as a multitalented and multifaceted artist and business person and directed the videos for his single '99.9 %' and 'El Presidente,' a single with DJ Honda. Since the release of his last album Heroz 4 Hire, Jeru has been touring extensively throughout the United States, Europe, South America, and Africa. In between tours Jeru has done joint project with the gold selling UK group Groove Armada, DJ Cut Killa, Dou Dou Master in France, DJ Honda from Japan now based in New York and recorded with DJ Hazu from Japan.