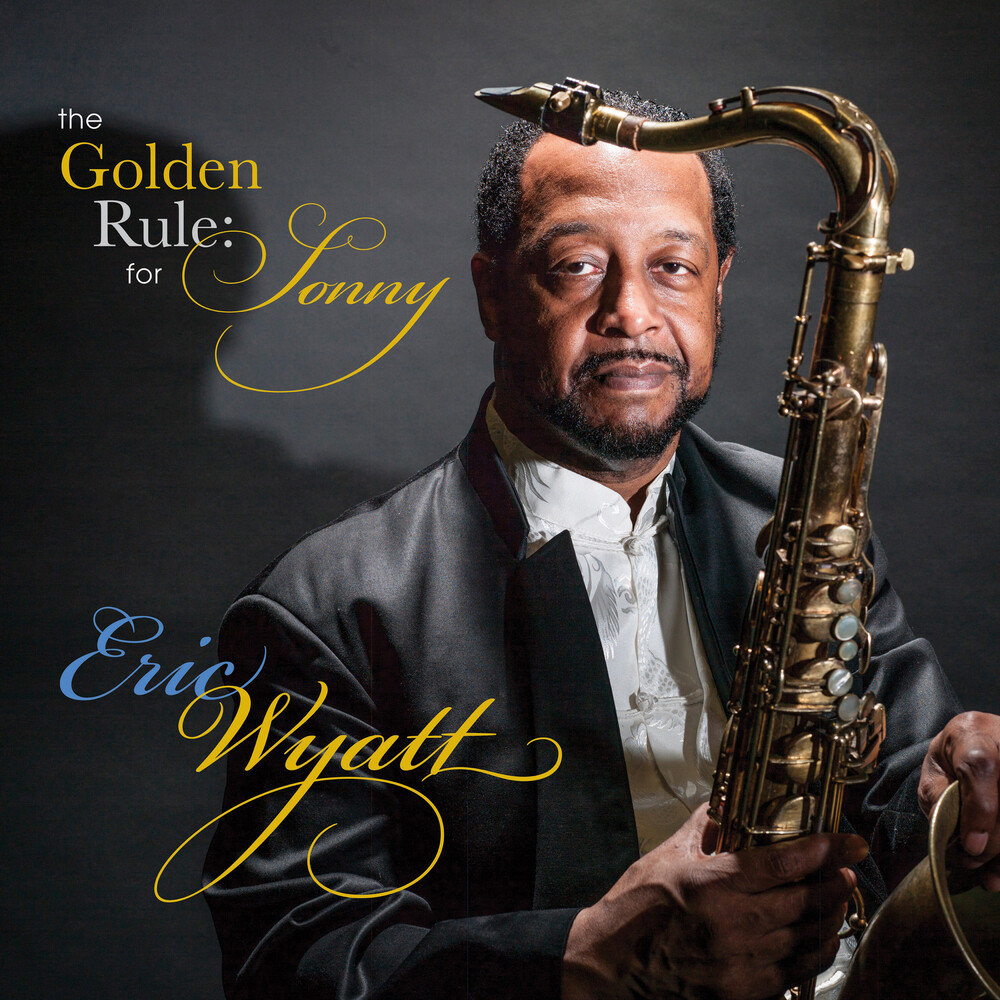 Through his five, now six recordings as a bandleader, tenor talent Eric Wyatt has basically been performing unspoken tributes to Sonny Rollins. This time, he comes right out and says it. Not that he's mindlessly mimicking the master. Wyatt, who happens to call Rollins his actual godfather, has a way of injecting his passion for bebop and affection for geniuses like Rollins, Charlie Parker, and Pharaoh Sanders, into virtually every note he plays. Wyatt's latest, Golden Rule: for Sonny, is his inimitable way of paying tribute to those strong boppers of the past, joined by talents that have been contributing valiantly to the vibrancy of today's jazz scene-guitarist Russell Malone, pianist Benito Gonzalez, trombonist Clifton Anderson, tenor JD Allen, and emerging youth like Giveton Gelin on trumpet and pianist Sullivan Fortner. Together, the posse exudes both class and bold promise as well as dashes of melodic invention. Wyatt says that he will never forget the impact Rollins-who often played with Wyatt's father-had on him growing up. Here, on Golden Rule: for Sonny, he proves he is a man of his word.