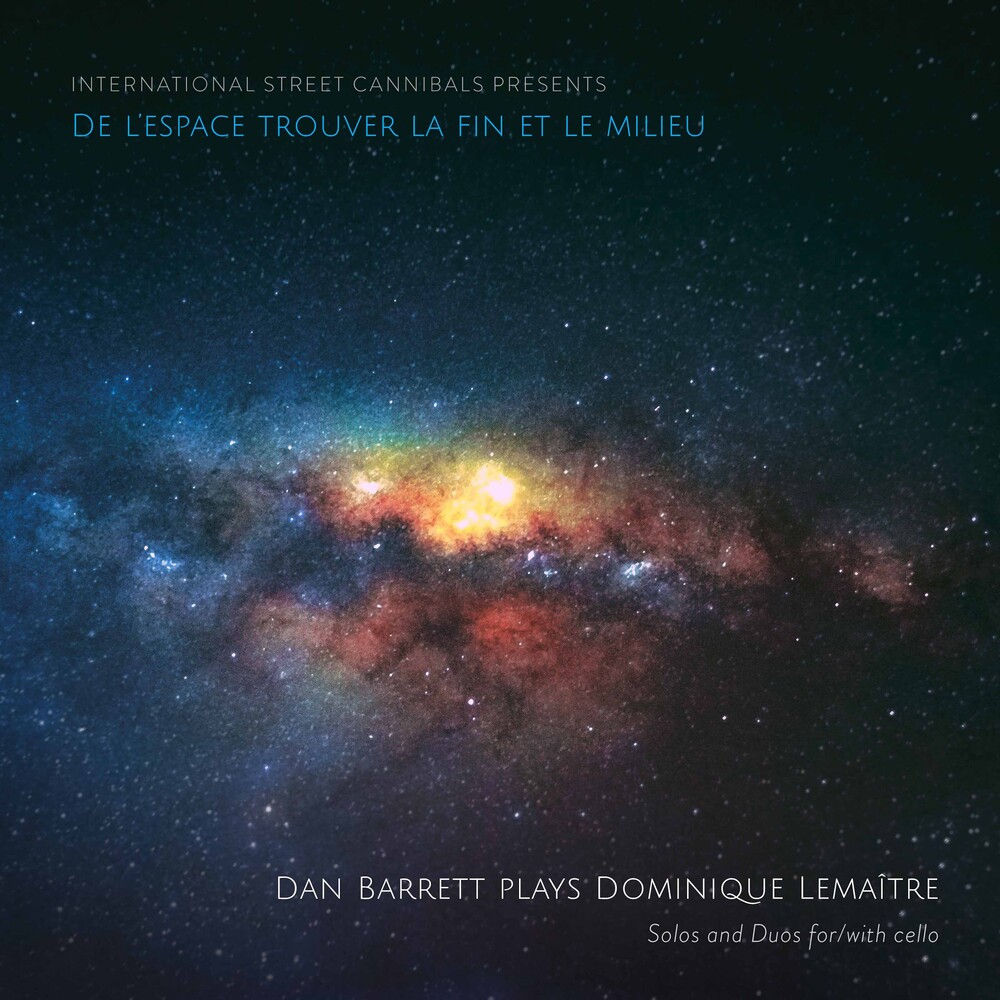 Cellist Dan Barrett releases a collection of premiere recordings of solo and duo works by French composer Dominique Lemaître. Lemaître's music is characterized by sensuality, melodic contour, and mosaic textures, and reflects the influence of the French lineage of modern composition, from Debussy and Ravel up through Murail and Grisey. Dan Barrett, "a brilliant and driven cellist, composer, and conductor" (Huffington Post), is the creator, and current Director of the International Street Cannibals, whom the NY Times calls "a brash new-music ensemble", who Alan Lockwood of the Free Press has termed "kaleidoscopically eclectic", and of whose concerts Peter Christian Hall of the Huffington Post refers to as "performances that are creatively designed and rigorously executed". Dan has played extensively for PBS, particularly as cellist for many of their featured documentaries, such as "The Great Depression," and Ric Burns' "The Way West", "Andy Warhol", "The History of New York" and Death and The Civil War." At present, Dan can be heard on the top-rated BBC America series, "Copper", on which his solos are featured extensively.