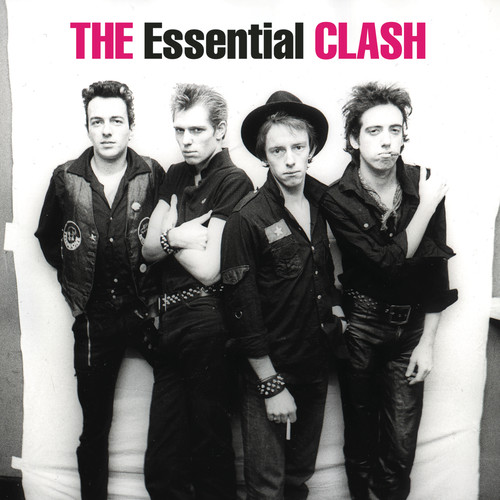 The Clash were one of the most exciting bands in the late 70's and 80's. The Clash infused their with reggae, funk, and most importantly punk. They are synonymous with the punk movemment, and simply one of the most influential groups of their generation.

''The Essential Clash'' is a career-spanning greatest hits album by The Clash first released in 2003. It is part of the on-going 'The Essential' Sony BMG compilation series. The album is dedicated to Joe Strummer, who died during compilation of this album.

The B-side recording titled "Radio Clash" was accidentally released on the US version of this album with the incorrect A-side title of "This Is Radio Clash", much like it had been on ''Super Black Market Clash''. Both tracks have the same length and the only notable difference is in the two mixes and the lyrics. The similarities of the titles and the recordings has led to quite a bit of confusion not only by fans but by record companies as well. The two songs can be identified by the opening lyrics. "This Is Radio Clash" begins with "''This is radio clash on pirate satellite, Orbiting your living room, cashing in the bill of rights''" and "Radio Clash" begins with "''This is radio clash resuming of transmission, beaming from the mountain tops using aural ammunition.''" Apart from these two compilations, every other compilation (including the European version of "The Essential Clash") where "This Is Radio Clash" is listed on the sleeve includes the original song rather than its similarly titled B-side. - Wikipedia