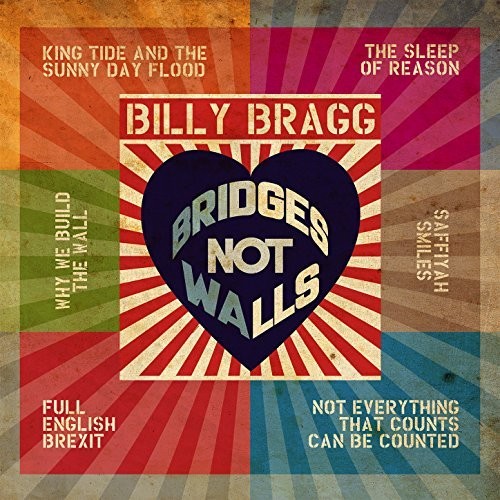 The mini album, 'Bridges Not Walls' has been released featuring all of the singles Billy has released over the summer plus two other gems that stand shoulder to shoulder with every song he has written in his 30 year career on the frontline. - Billy says of 'Bridges Not Walls': "Life comes at you real fast these days. What's a singer-songwriter to do when events keep challenging the way that we see the world? Before we've had a chance to digest one startling development, along comes another to throw us off balance again. I've been grubbing up songs for the past 12 months, but without the time to get an album together due to other projects, so in an effort to keep pace with these chaotic times I decided to start dropping tracks as they became ready across the summer culminating in a mini album. As always, they're my way of trying to make some sense of what's going on. And there's been a lot going on."