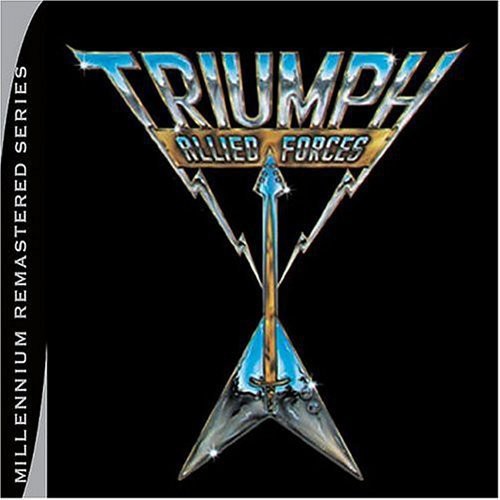 One of Triumph's evergreen titles and approaching platinum status since it's release in 1981. This record spawned the anthems "Magic Power" and "Fight the Good Fight".

''Allied Forces'' is the fifth studio album by Canadian hard rock band Triumph, released in 1981. The album reached #23 on the Billboard Pop Albums chart assisted by the singles "Magic Power" and "Fight the Good Fight," which hit #8 and #18, respectively, on the Mainstream Rock chart of 1981. A remastered CD was first released in 1985 on MCA, then again in 1995 on the band's TRC label, and for a third time in 2004 on the band's label TML Entertainment (formerly TRC Records). - Wikipedia