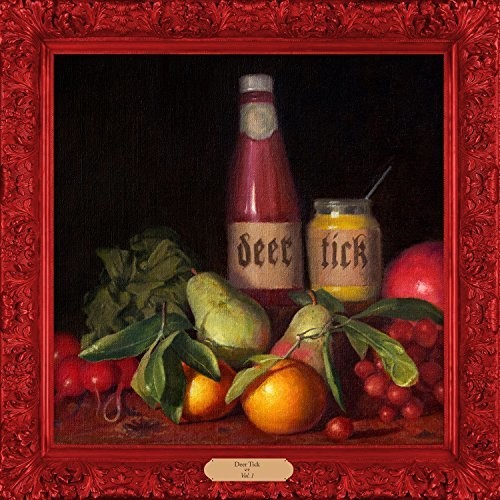 Vinyl LP pressing. Deer Tick proves with their two new simultaneously released albums titled, Deer Tick Vol. 1 and Deer Tick Vol. 2that their punk-roots rock have only gotten better with age since their last LP. The twin albums complement one another but also stand independently. Vol. 1 is classic Deer Tick: folk-rooted acoustic guitars and soft piano cushion out-front vocals. Vol. 2 commits wholly to the band's longtime garage-rock flirtations for a triumphant foray into punk. McCauley sees the two records as a natural progression as he's always had one foot in each door. "Every album we've put out has had it's manic moments in one way or another. I felt good enough about everything that I was writing to think that we could truly separate our two big interests: quiet and loud." It's been four years since Deer Tick's last release, Negativity. In the meantime, Deer Tick - an all-consuming band known for constant touring and steady artist output - took a backseat. The band - made up of McCauley, guitarist Ian O'Neil, drummer Dennis Ryan, and bassist Christopher Ryan pursued solo and worked on others' projects. Personal lives also underwent massive changes, especially for McCauley, who married Vanessa Carlton and became a dad. When the band came back together for their beloved after-party shows at the Newport Folk Festival, the reunion reminded them what they missed about creating with one another so they started making plans to go in the studio.