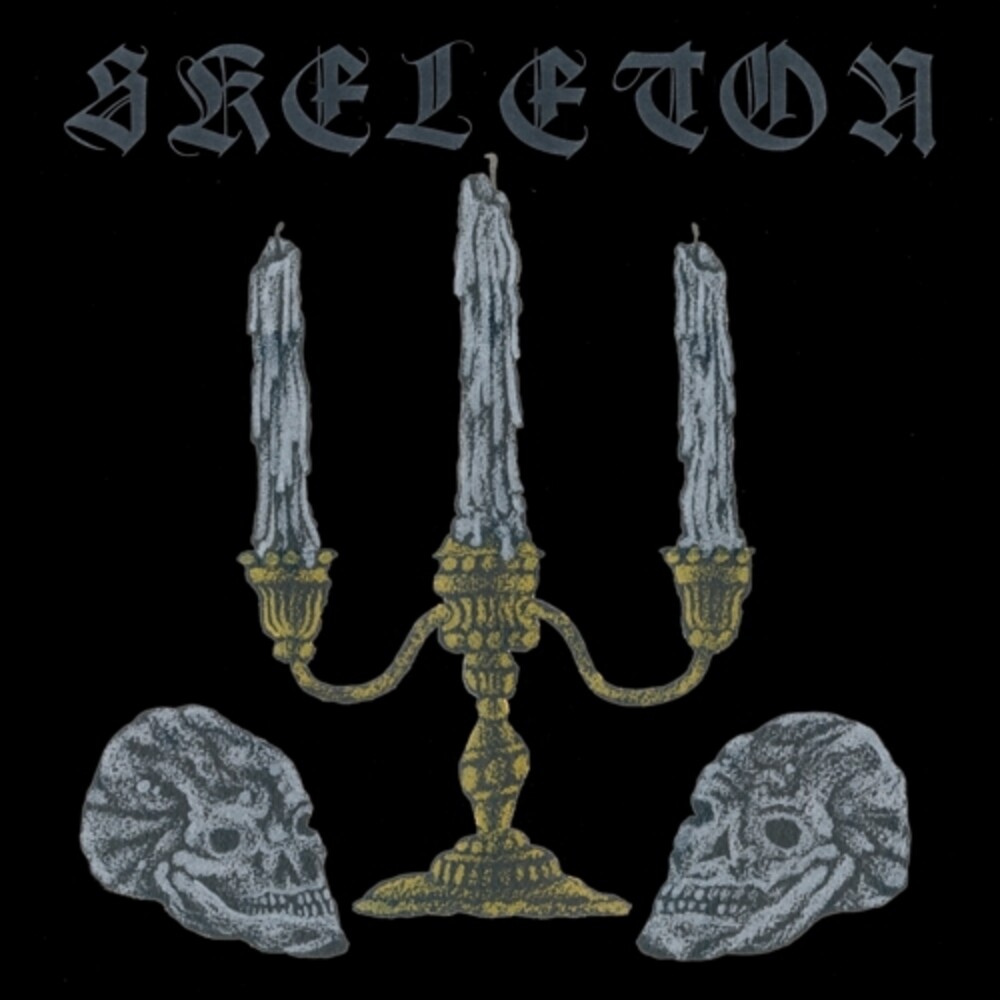 On limited gold inside ultra clear w/ black splatter!! Ripping forth like a dagger from the flesh of Austin, Texas, comes the self-titled debut album from the lone star state's new wreckers of civilization, Skeleton. Having plied their black market trade for several years in grime-infested underground dungeons and sub-basements, 20 Buck Spin was called forth to issue their first album, a cataclysmic expansion of the band's unhallowed vision, venturing well beyond it's earlier borders. Though some might be prone to lazily apply simplistic genre tags to Skeleton's style, the reality is far more sweeping as this debut immediately reveals an excessively sharp metallic-charged juggernaut of severe force and high plains mayhem. Contained within are war-like hymns for the soldiers of a scorched apocalypse to come, from which a bleak alternate future will no doubt emerge. The eleven tracks comprising Skeleton signal the black dawn of a new breed, and when the final somber strains of "Catacombs" close out the album, an eerie sense of the end as the beginning lingers like a morbid premonition