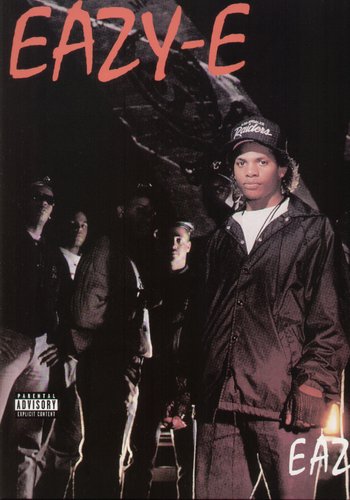 Eazy-Duz-It is the debut album of rapper Eazy-E, released on September 13, 1988, through both Ruthless and Priority Records. The production by Dr. Dre and DJ Yella was deemed dense and funky by critic Jason Birchmeier.[1] The pieces were written primarily by MC Ren, Ice Cube, and The D.O.C.. The album's title track features Eazy rapping about himself and things that he does. "Boyz n the Hood" and "No More ?'s" are about life in Compton, California and the gangster lifestyle. The album charted on two different charts and went 2x Platinum in the United States despite minimal promotion by radio and television. Three singles were released from the album, each charting in the US.