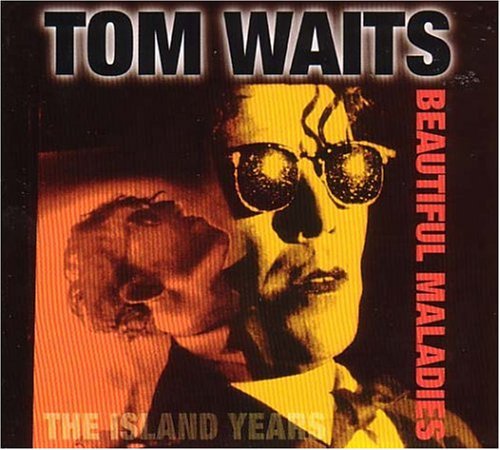 The richest collection of Tom Waits songs on 1 record, these 23 songs were handpicked to highlight some of his most outstanding works. Collected from Grammy-winning and critically acclaimed albums released on Island Records between 1983 and 1993, these tracks clearly showcase the breadth and scope of Tom Waits' profound, distinctive songwriting and singing. Highlights include "Hang on St. Christopher," "Downtown Train," "Earth Died Screaming" and more.

''Beautiful Maladies: The Island Years'' is a Tom Waits compilation album, consisting of previously-released songs from his years recording with Island Records, most notably from the albums ''Swordfishtrombones'', ''Rain Dogs'', ''Big Time'' and ''Franks Wild Years''. The tracks were selected by Tom Waits. The album was released in 1998, but represents Waits's output from 1983 to 1993. - Wikipedia