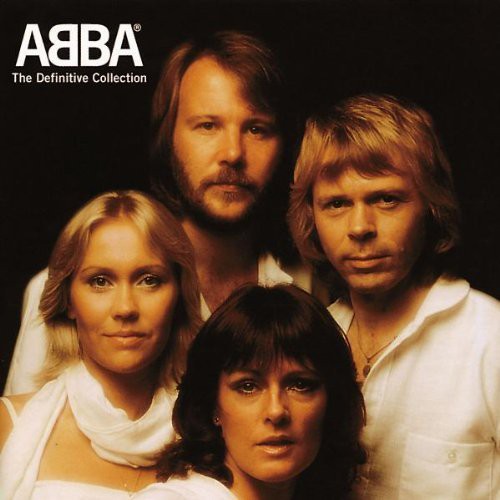 ''The Definitive Collection'' is a 2001 greatest hits compilation album of all the singles released by Swedish pop group ABBA. It consisted of two discs: the first featuring the singles from 1972-79 ("People Need Love" – "Does Your Mother Know"), and the second including the singles from 1979-82 ("Voulez-Vous" – "Under Attack"), with the tracks being listed in chronological order. The main exception is the track "Thank You For The Music", which, despite being written and recorded in 1977, was in fact released as a single (primarily in the UK) in 1983 after the band had split up. It appears on disc two, along with two bonus tracks, "Ring Ring" (1974 Remix, UK Single Version), and "Voulez-Vous" (Extended Remix, 1979 US Promo). The Australian version of ''The Definitive Collection'' adds a further two bonus tracks: "Rock Me" and "Hasta Mañana". The 1974 remix of Ring Ring is the first appearance on CD of this version mastered from the original master tape, after the UK single master tapes had been returned to Polar Music by the former UK licensees, Epic Records. The track's previous appearance on CD, in a 1999 singles boxed set, was mastered from a vinyl single.

"The Definitive Collection" is the only ABBA compilation to include all the UK single releases from 1973 to 1983. The four "unofficial" UK ABBA singles are included, these being the 1974 remix of "Ring Ring", "Angeleyes", "Lay All Your Love On Me" and "Thank You For The Music". An "unofficial single" is one that was not released by ABBA's record label, Polar Music, in any Scandinavian country.

''The Definitive Collection'' replaced an old collection of ABBA's singles titled ''The Singles: The First Ten Years'', released in 1982.

A DVD also called ''The Definitive Collection'' was released in 2002, and features all of ABBA's videos, as well as five bonus videos and a picture gallery. In the US the 2CD set was bundled with the DVD.