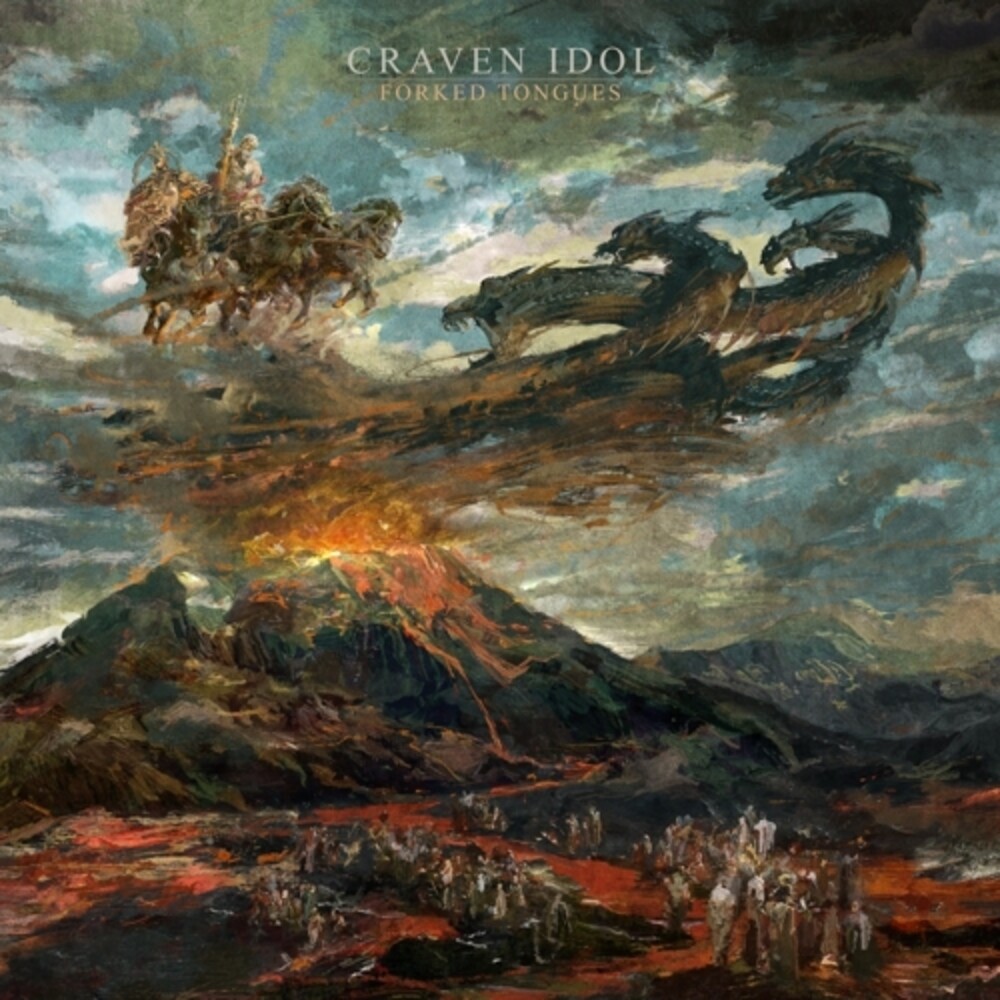 DISC: 1
1. Venomous Rites
2. The Wrath of Typhon
3. Iron Age of Devastation
4. Even the Demons
5. Forked Tongues
6. Deify the Stormgod
7. The Gods Have Left Us for Dead

Old school stalwarts Craven Idol celebrate their 15th anniversary with third opus Forked Tongues. Swearing by the gods of old, the North London veterans further hone their unique blend of old school extreme metal. "After spending a month on the road with Mystifer, we are a closer-knit unit than ever before. There's a good reason for this being the longest standing line-up in our fifteen-year existence. The entire band lived and breathed this record in the months preceding the studio, and the performances delivered by each member are testament to their dedication to untarnished extreme metal of old," says founding member Sadistik Wrath. "Forked Tongues is a vicious and concerted tribute to folly of mankind. In these godless days of Sodom, craven idols are in their element, wheeling and dealing, beckoning you to follow their treacherous causes. The apocalyptic legends of ancient Greece read like unholy divination... and it is from them that we drew the subject matter for the record." Recorded, mixed, and mastered by Tom Dring at Southport's Vagrant Recordings, Forked Tongues showcases a rawer side of Craven Idol, aiming to bottle the band's live ferocity.
back to top