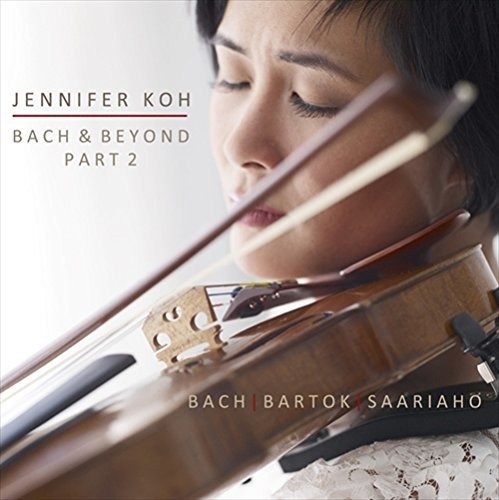 Violinist Jennifer Koh's Bach & Beyond Part 2 is the latest of a projected three-CD cycle based on her groundbreaking, multiyear recital series of the same name. Koh, "a masterly Bach interpreter and a champion of contemporary repertory" (The New York Times), performs J. S. Bach's landmark violin Sonatas and Partitas alongside 20th and 21st c. solo violin works they've inspired, including a new commission from Kaija Saariaho, Frises, receiving it's world premiere recording. In concert and on disc, Ms. Koh's adventurous "Bach and Beyond" programs have been hailed as 'brilliantly insightful programming while the demanding and daring performances showcase the dynamic, even athletic, fiddling of an artist at the top of her game." (Santa Barbara Independent) The Chicago Tribune chose Ms. Koh's 2012 Bach & Beyond Part 1 it's "CD of the Week", while The New York Times named it one of the best classical music recordings of 2012 for it's "alluring performances."