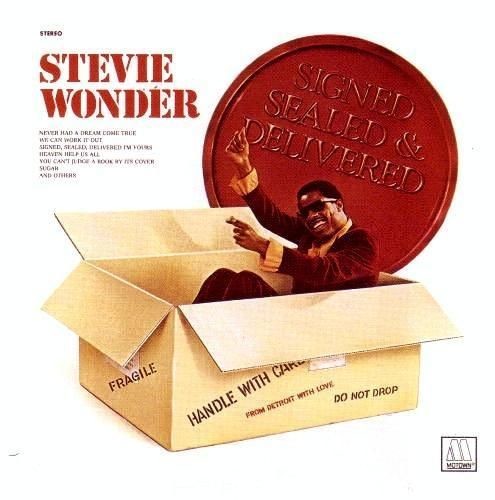 Stevie's unmistakable harmonica sound put a whole new spin on the Beatles' We Can Work It Out on this 1970 classic. That became a hit as did Heaven Help US All and, of course, the title smash, one of his all-time classics!

''Signed, Sealed & Delivered'' is Stevie Wonder's twelfth album on the Tamla (Motown) label, released on August 7, 1970. Along with the hit title track, the album also featured the hits "Heaven Help Us All," "Never Had a Dream Come True," and Wonder's soul-styled cover of The Beatles' "We Can Work It Out". The album hit #25 on the Billboard Pop Albums chart as well as #7 on the R&B Albums chart.

This was Wonder's first album on which he was given producer credit, though he actually only produced two of the tracks and co-produced three more. He wrote or co-wrote seven of the tracks. - Wikipedia