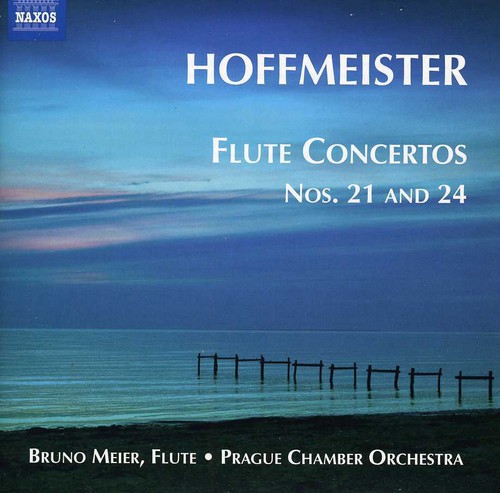 There is no misprint: these really are Franz Hoffmeister's 21st and 24th Flute Concertos, and they are moreover half an hour long apiece. German Hoffmeister was one of the seemingly countless truly prolific composers of the eighteenth century, and the 25 solo Flute Concertos - there are three more double concertos involving the flute - are among around sixty he wrote for various instruments. His two Viola Concertos appeared last year on the last Naxos Hoffmeister release, the third of four to date. See also a review of his Double Bass Quartets.