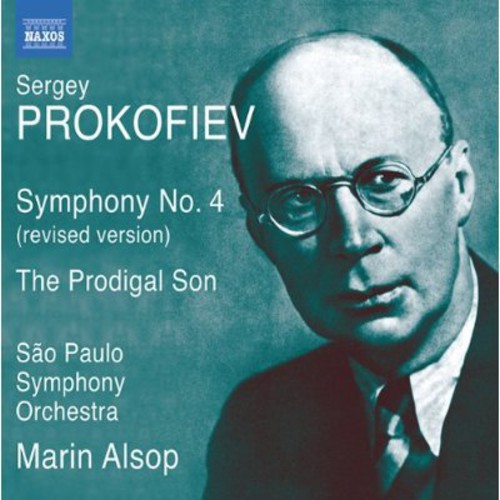 Prokofiev's imposing Fourth Symphony and his final ballet for Sergey Dyagilev, the Prodigal Son, share common roots but are entirely distinctive in character. The vivid depictions in the ballet's moral tale include sensual temptations, drunken debauchery, robbery and remorse. The 1947 revision of the Fourth Symphony, lengthened and enriched in orchestration by the addition of a piccolo clarinet, piano and harp, makes extended use of themes from the Prodigal Son as well as unused material. Prokofiev's Fifth Symphony with Marin Alsop and the Sao Paulo Symphony Orchestra (8.573029) was described as 'an outstanding achievement' by BBC Music Magazine.