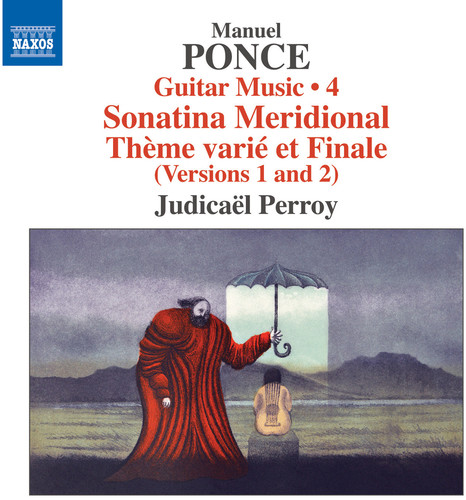 Manuel Ponce is considered by numerous scholars to be the founding father of modern Mexican music. He devoted himself to composing for guitar after meeting Andres Segovia in 1923. Sonatina Meridional is reminiscent and lyrical, and is his response to Segovia's appeal for a work "of purely Spanish character." The two versions of Theme varie et Finale are recorded for the first time together on this album. The Andante that is also featured is from a manuscript that was lost in the Spanish Civil War. His final work for guitar, Variations on a Theme of Cabezon, is also featured.