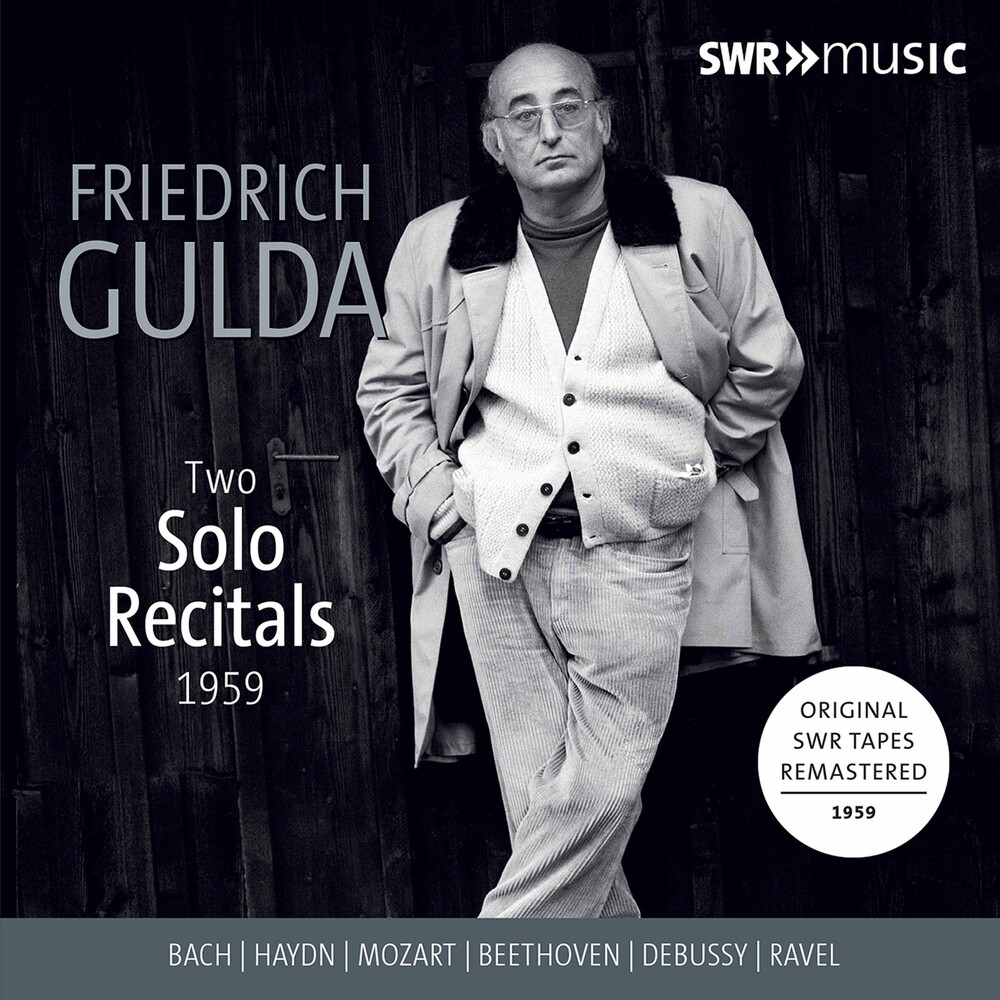 This is the fifth and final installment of the series dedicated to the complete recordings Friedrich Gulda made for the SWR and contains two recitals (live recordings) the Austrian pianist gave in Germany in 1959. All those who attended Gulda's concerts report unanimously that a very special aura emanated from him, which was markedly stronger than the one conveyed by his recordings - the distinct impression that the music sounded as if performed for the first time in the here and now, as if he was surrounded by a musical cosmos he was coaxing the tones out of, making them audible on the grand piano (or the clavichord). Soon after a final chord Gulda would often bid farewell to the pearl-like tones he had created as if by magic and send them off into the universe with a subtle movement of his hand. This also happened in connection with the two Beethoven sonatas presented here. The fact that Gulda cherished Beethoven's opus 110 throughout his life is by no means surprising for in this piece Beethoven really transcends all boundaries: the most heterogeneous elements are joined together to form an integrated whole - with a fugue at the end to show his reverence for Bach!