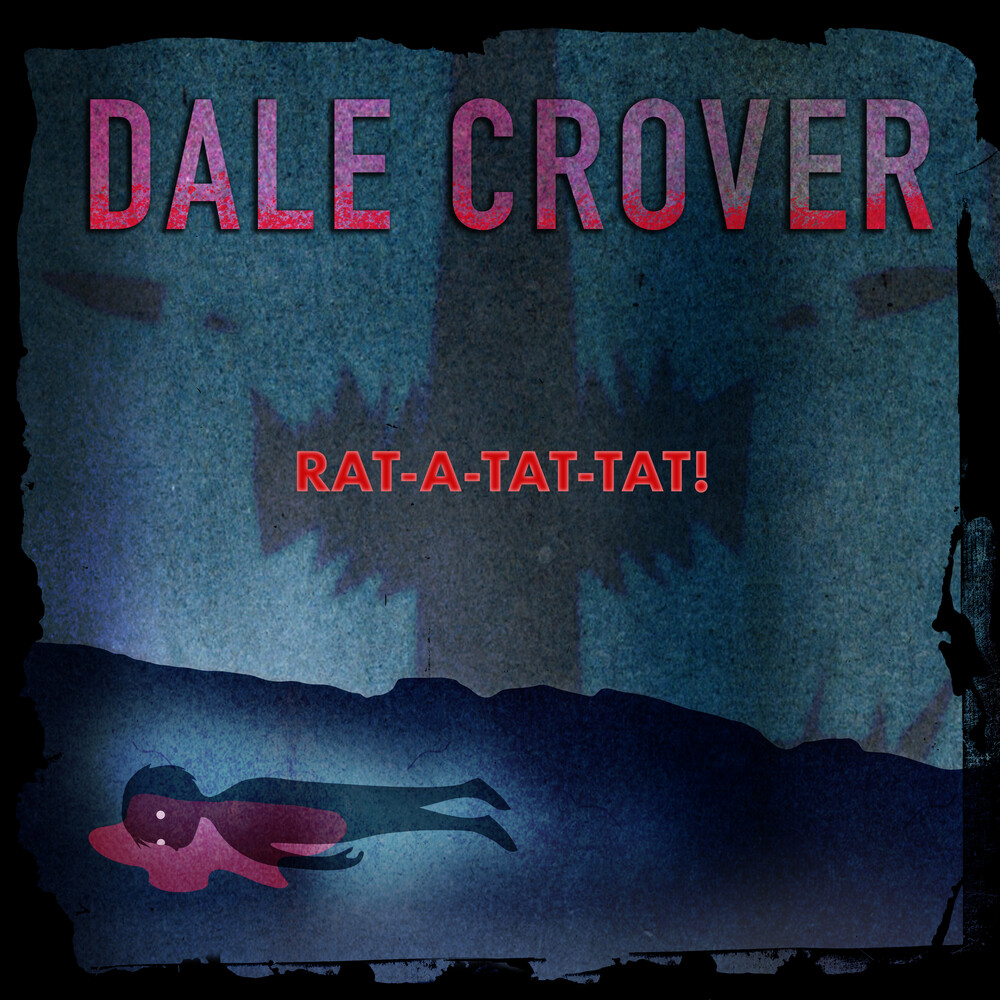 Rat-a-Tat-Tat! Is that the sound of the reaper knocking on your door to collect your soul - or Dale Crover hammering out another distinctive drum fill?There are pretty good odds it's the latter; between 36 years (and about as many full-lengths and EPs) as drummer/bassist for the Melvins and his contributions to acts as varied as Altamont, Peeping Tom, Redd Kross, Shrinebuilder, and a little band called Nirvana, he's built quite the body of work. In 2017, he added a proper solo album to his extensive catalog, Fickle Finger of Fate. Now he's followed that with Rat-a-Tat-Tat!Crover takes the solo thing seriously: he wrote the album while on the road and provided vocals, drums, guitars, vibraphone, and miscellaneous percussion. Just like the last album, recording took place over at Toshi Kasai's Sound of Sirens Studio in beautiful Sun Valley, CA. Kasai recorded and mixed it again, as well as co-producing it with Crover under the sobriquet Deaf Nephews. Celebrated graphic designer (and regular Melvins cover artist) Mackie Osborne created the striking album art, just as she did for Fickle Finger.So what's different this time around? Crover assembled an actual band to help him out. Redd Kross bassist Steve McDonald asked Crover to open for Redd Kross, Crover asked McDonald to play bass for him, and the rest is history. It'd be difficult for even the multi-talented Crover to put on a live show by himself without one of those one-man-band contraptions. In addition to McDonald, Kasai (ex-Big Business, Plan D) helps with keyboards, synths, jawharp, and backing vocals. Mindee Jorgensen (Dangerously Sleazy) sits behind the kit live and contributes additional drumming and some sweet saxophone skills here. His former Altamont bandmate Dan Southwick plays bass on "Tougher," a track Crover cowrote with Kasai. Some pieces of the songs may sound familiar to the 127 completists who grabbed the limited-run lathe cut record Piso Mojado, a collection of experimental drum weirdness. Although insanity certainly abounds on Rat-a-Tat-Tat!, there are also some surprisingly poppy moments. Crover claims "Shark Like Overbite" may be the poppiest song he's ever written. It's also the puppiest: it was inspired by the three dogs he's had over the years. A few tunes ("I Can't Help You There," "Kiss Proof World") harken back to his Pacific Northwest lineage. That said, "Tougher," "Supine is How I Found Him," and "New Pharaoh" careen right off the dial. It's an eclectic mix, one that draws on song fragments he's had for years. It still feels cohesive and uniquely Dale Crover.But then, who would expect anything other than the unexpected? The opportunity knocks to hear more Dale Crover jams; be sure to answer.-Jeff Treppel