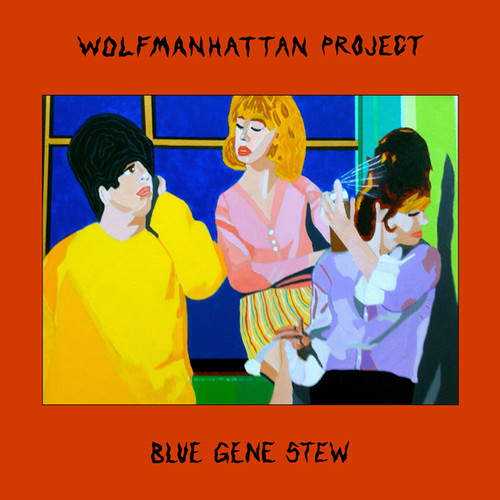 Merriam-Webster definition of supergroup: a rock group made up of prominent former members of other rock groups, also: an extremely successful rock group. While the definition of "extremely successful" may differ, there can be no arguing that Wolfmanhattan Project are a supergroup. This three piece features Bob Bert (Sonic Youth, Pussy Galore, Lydia Lunch's Retrovirus), Mick Collins (Gories, Dirtbombs) and Kid Congo Powers (Gun Club, The Cramps, Nick Cave & the Bad Seeds, Pink Monkey Birds) and their collective track record beats Blind Faith, West, Bruce & Laing and The Power Station's resumes combined! All three members write, sing and play in this band and, for anyone familiar with the member's other bands, this stuff is as twisted and great as one can hope for. Everyone involved brings flavors from their past efforts and it's all mixed together into one unholy rock 'n' roll gumbo. It's sleazy, swampy, trashy, no-wavey, weird and rocking! Lydia Lunch even makes an appearance, which makes this album that much more super!