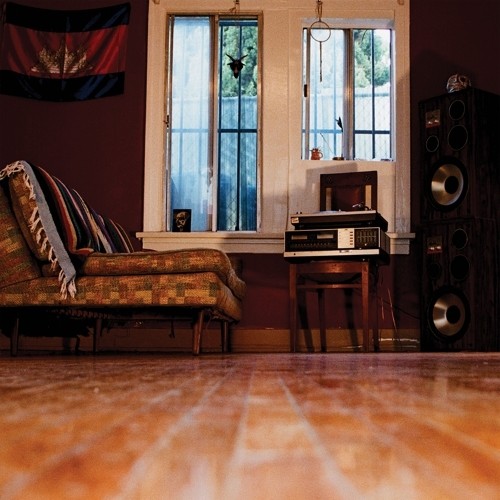 Soundtrack To An Empty Room
Artist: CFM
Format: Vinyl
New: OUT OF STOCK. Contact us for availability.
Wish

Charles Moothart is releasing his third album under the moniker CFM. It's calledÂ Soundtrack For An Empty RoomÂ and keeps it cookin' off 2016'sÂ Still Life Of Citrus And SlimeÂ and 2017'sÂ Dichotomy Desaturated.Â Moothart is a frequent contributor on many of Ty Segall's solo ventures but also as a co-conspirator in bands like the blazing jam unit Fuzz, and a fantastic monster of a group called GOGGS, which throws Segall and Moothart in with Chris Shaw of Ex-Cult.Something that's immediately apparent onÂ this albumÂ is that it's a harder record than it's predecessors. The shift isn't subtle but it is tremendously cool. A lot of the materialÂ was written while Moothart was on tour with Segall and working on the GOGGSÂ Pre Strike SweepÂ album. The first two CFM efforts gave Moothart the experience to work effectively on his own in the studio, the live shows infuseÂ thisÂ with the confidence and attitude that comes from a lot of nights playing where there are no second takes.Â ItÂ is an exciting follow up and further proof that Moothart is one of those people with a lot of music in him."If I may speak completely for myself. It's musicians like Charles, Ty, Chris Shaw, John Dwyer, Tim Presley and Mikal Cronin who are not only revitalizing Independent Music, but have forced the idea of the monolithic album, endless tour and then a year before another release to be but an antiquated and megaboring option. It's a blast trying to keep up with their output. Super exciting. Lastly, all three CFM albums are great butÂ Soundtrack To An Empty RoomÂ is the best one. It rips from start to finish." -Henry Rollins