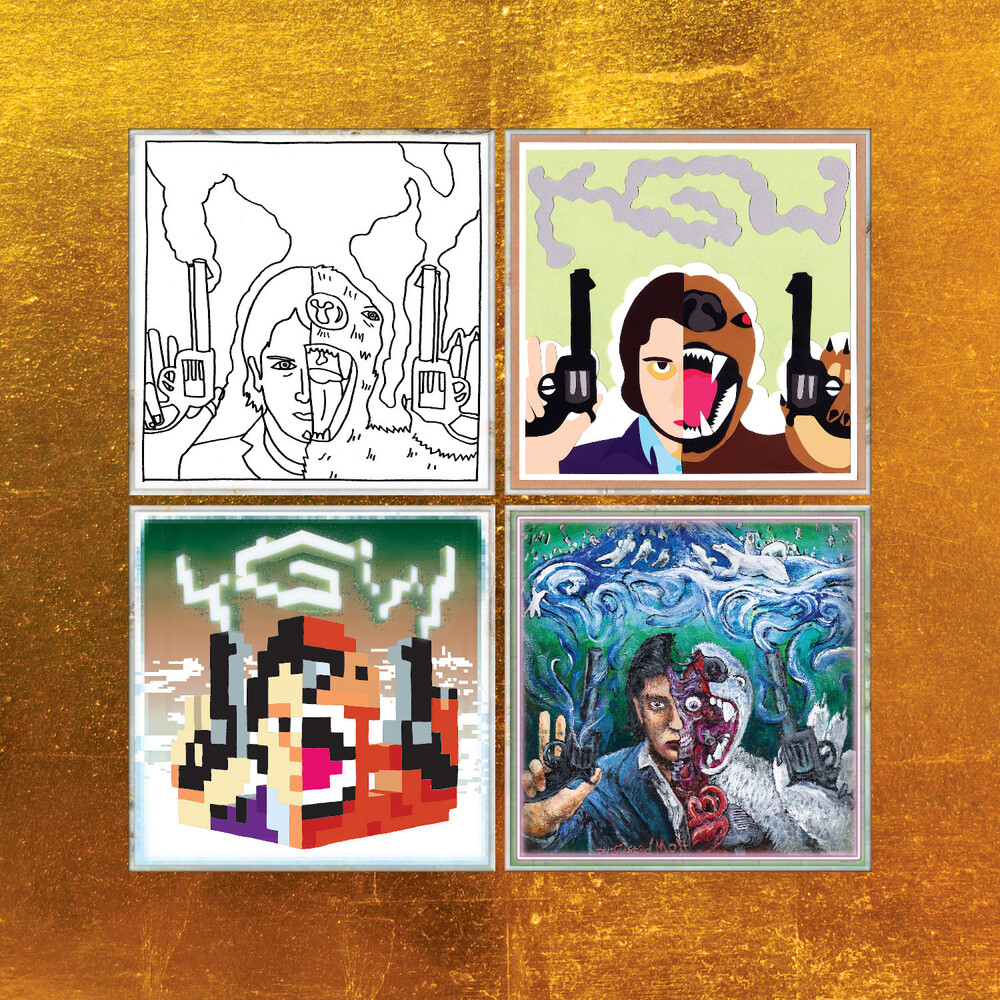 Kleenex Girl Wonder's 1999 indierock classic 'Ponyoak' reissued as a 20th Anniversary Special Edition double LP. Ponyoak was recorded in a single dorm room in Madison, WI, across the span of one academic year: September 1997 to May 1998. It was driven down for in-person mastering in a break between finals. After it's release, in early 1999, Kleenex Girl Wonder both continued and began a streak of ambitious live performances and international touring for which the world was ill-prepared. At Pat's in the Flats inside Cleveland, OH, Kleenex Girl Wonder performed with an "action funk" band having spent the afternoon exploring a living museum of neon garbage (this is not a fanciful turn of phrase; our host had an entire workshop full of detritus, but most of it was salvaged neon which he would repurpose for people looking to save a few bucks when opening their place of business) and attending a local block party for 40-year-olds. As 40-year-olds now, it is difficult to not want to be back inside those block parties, those children we were. In Cleveland, at the "living museum of neon garbage" Smith was subjected to dental x-rays in a 1950s vintage dental chair by Jeff Chiplis, a collector not only of neon, but of anything and everything related to carrots. The "action funk" band was actually called Pleasure Void. A mild-mannered red headed kid (in keeping with the carrot theme) showed up at Pat's in the Flats in mid-afternoon to load-in gear for his band. He returned a few hours later-in full drag, as did all of his bandmates. It was a most memorable night for the rather innocent KGW crew of suburban Chicago-land (think John Hughes, not John Holmes). In Japan, Sony VAIO fever was all the rage and the youth wore face masks to look like they were cool and women were oppressed. Kleenex Girl Wonder wiped out Sony VAIO fever in less than six months, thanks to advances in technology. A journalist cried. The world, it seemed, could begin to heal.