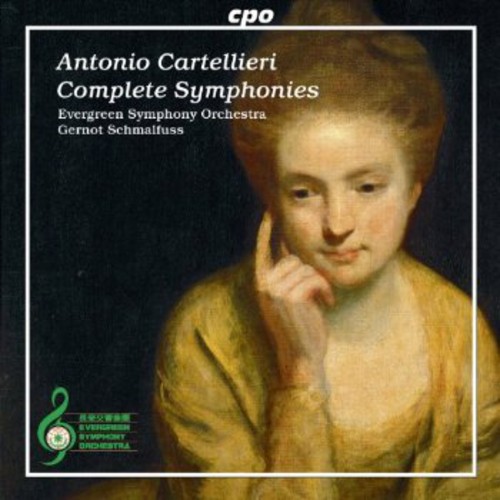 Little is known about Cartellieri's life. He was born in Gdansk to an Italian father and German mother who were traveling vocalists, and spent his formative years in Berlin and Vienna. As a pupil of Salieri and Albrechtsberger in Vienna, he quickly launched his career and in 1796 obtained a post as court music director to Prince Lobkowitz, an avid patron of music and the theater and a great promoter of Beethoven. Incidentally, it was on the occasion of the performance of Cartellieri's oratorio Gioas that Beethoven first appeared as a pianist and composer in Vienna. Cartellieri's music bears the audible mark of Beethoven's influence but very much displays early romantic influences of it's own. We have the conductor of the present recording, to thank for the rediscovery of his symphonies.